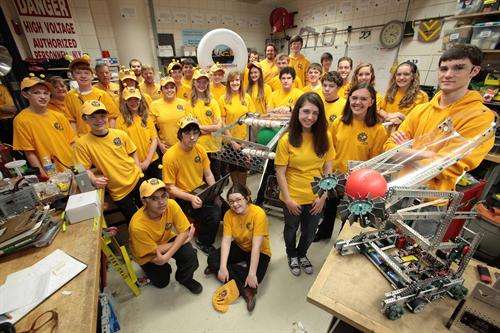 Elementary, middle and high school teams from around the U.S. and Canada have received grants totaling $147,000 to compete in the FIRST robotics season that started this weekend.
Advertisement

The 2013 For Inspiration and Recognition of Science and Technology (FIRST) robotics competition season began January 5 and culminates in a championship tournament on April 24-27 in St. Louis, Missouri.

The Chrysler Group is sponsoring 25 teams from the U.S. and Canada to compete in the various grade-specific competition levels for this year's FIRST tournaments. In addition to the $147,000 they have already committed, Chrysler will be offering another $29,000 to the teams who qualify to compete in the FIRST Championship in St. Louis.

“The FIRST program is an ideal platform for inspiring the next generation of science and technology leaders that are vital to our industry as well as many others,” said Mark Chernoby, Head of Vehicle Engineering and Vice President - Executive Coordinator, Chrysler Group LLC. “We hope that by engaging students at an early age, we can provide the spark that inspires them to become tomorrow’s engineers.”

Each high school FIRST Robotics team that Chrysler is sponsoring has received $6,400 in funds. They hail from Arizona, Indiana, Michigan, and Ontario, Canada. One middle-school team from Michigan received a $1,500 FIRST Tech Challenge grant. Another team of gradeschoolers in Alabama received a $2,500 FIRST Lego League grant. An additional $5,000 was given to the FIRST in Michigan program to support statewide robotics competitions.

FIRST was created in 1989 by inventor Dean Kamen to inspire science and technology appreciation in young people. The program is based in New Hampshire and has become the largest pre-university robotics competition in North America. You can find out more at usfirst.org.