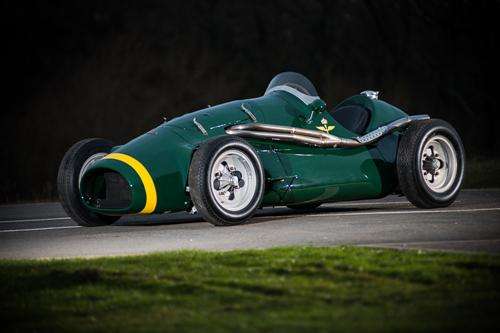 This weekend saw another historic Race Retro Auction in the United Kingdom with over £1.4 million in sales from classic and retro road and race cars auctioned.
Advertisement

The largest classic auto auction in the UK was held this weekend as Silverstone Auctions hosted the 2013 Race Retro and Classic Car sale. Over £1.4 million ($2.12M) in classic and retro cars were sold.

“With its passionate and knowledgeable crowds, Race Retro has once again proved itself as a fantastic venue to host a classic and competition car auction,” comments Nick Whale, managing director, Silverstone Auctions. “Not only have we achieved some great returns for vendors of road-going classics but a significant number of competition cars have also been acquired by new owners, just in time for the start of this year’s race season.”

The Silverstone Auctions Race Retro and Classic Car sale takes place at the Silverstone Racing Circuit. It's an annual event that has grown a reputation for featuring some of the most sought-after and exclusive legendary race cars and showcases of classic automotive beauty in Europe.