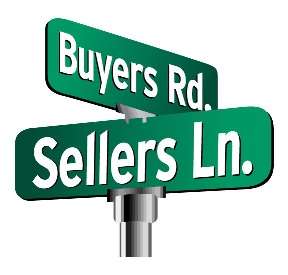 There are many ways to analyze how stocks are performing and most analysts would agree that looking purely at price per share is over-simplifying since the goal is to look for long-term trends rather than short-term gains or losses. This, of course, is how analysts make their living, so that advice is probably worthy of a shake or two of salt. Still, there are many respected companies and analysts rating stocks for their customers and investors that we can look to for a more trustworthy analysis.

Let's look at some of the key changes that took place this week and who is behind them.

Honda Motor (NYS:HMC) was downgraded by Deutsche Bank, who removed their "buy" recommend. Although Honda is still a sales leader around the world, they have been losing market share to some rivals in key markets like Japan and China, so a downgrade is not surprising. Add to this the fact that they have few new/revamped models on offer for 2013 compared to their competition and analysts can be justified in their projections that this stock will stagnate or continue a slow descent. Honda's stock is currently selling for about 15 times its earnings, another ratio that has investors thinking twice. Of course, Deutsche points out that if you're looking for a dividend-based stock that consistently pays out, then Honda is still a fair option.

Ford (NYS: F) is one of the oldest stocks on the market and has long been a go-to base builder for conservative portfolios. Zacks Research has raised its rating for Ford to "neutral," putting it back in the base line category. Ford has been on the rise for some time, being the first of the Detroit 3 to profit on Wall Street from the bailouts of 2008-09. Mostly riding a high PR trend because of their refusal of the bailouts and with an influx as foreign investments and long-term planning began to pay off, the company has all but recovered from the market's post-2008 slump. Zack's says that with the introduction of several new models globally and sales figures continuing to rise, Ford may go to $11 (up 8%) by Q4. Current price per earnings is a very low 2.3x. Re-instatement of its dividend hasn't hurt either.

Tesla (NAS: TSLA) is still gaining a lot of press, but that is not holding its value on Wall Street. CEO Elon Musk had to admit that the company will fall far short of its 5,000 projected units by end of year, with only 255 being made as of his announcement on Tuesday. Adding to this, Tesla is dumping another five million shares onto the market, diluting what's already there in a guarantee to pummel already-falling prices. Despite "hoping" to achieve 25% gross margins in 2013, words are not deeds and the company's history of overstating its expectations is beginning to catch up to it. In response to all of this, Goldman Sachs cut its price target for TSLA to $42.

Those are the major points for stocks this week. Most others on the market remain largely unchanged. General Motors is still largely in the ditch by analyst's terms and Chrysler is mostly considered a neutral buy. Toyota hasn't changed from their generally pro-buy status.

Disclosure: the author has no stocks in any company mentioned and no ownership or advertising interest in any automotive stock, bond or investment.

Frank wrote on January 12, 2013 - 2:03pm Permalink
In my opinion, some technical price levels in the form of support/resistance levels would have been appreciated here by investors, in addition to the fundamental information already noted.
Aaron Turpen wrote on January 12, 2013 - 3:36pm Permalink
This was written in September of 2012. Five months ago. Why comment now?