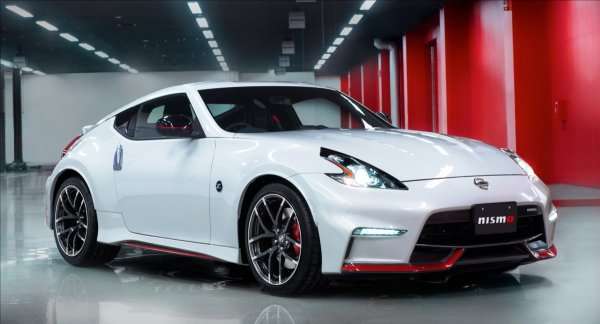 It took 45 years to get the Z-car we have now, with the 2015 Nissan 370Z being the culmination of that evolution to this point. Amazingly, the Z almost never happened.
Advertisement

Most Z-car enthusiasts and 370Z owners are well aware of the overall history of the model line they love so much. The first Z was the Fairlady Z / 240Z back in 1970, known internally as the S30. Three things came together to make the first Fairlady Z happen.

First, the Fairlady itself had been a moderately successful roadster, competing against the English and Italian roadsters of the day and creating recognition for the Nissan and Datsun nameplates as a halo car. It was, however, limited in production due to costs, so it could only carry the torch so far. It also was not doing well in the important U.S. market and was, by the late 1960s, competing with other Japanese sports cars like the Honda S500 and Toyota Sports 800.

Second, Yutaka Katayama, then president of Nissan USA, wanted a Fairlady for the U.S. market to offer more competition against the then-strong competition coming from European sports coupes. Mr. K, as he was known, is credited with almost single-handedly making sure that the Z project came to fruition.

Third, Nissan broke ties with Yamaha on its 2.0-liter engine project in 1964, pushing the company to find a more robust engine solution. This coincided with their acquisition of the Prince Motor Company, which brought in a lot of product development and engineering background that the younger Nissan company lacked.

By the time the Fairlady Z was more than just an idea for Katayama, all of the parts had come together for the puzzle to become whole. Under Mr. K's direction, design manager Teiichi Hara and design chief Yoshihiko Matsuo were coming up with a car while engineers Hidemi Kamahara and Tsuneo Benitani developed the underpinnings.

The first-generation (S30) Z-car was introduced in late 1969 and sold in the 1970 model year. There was a Japan-specific model and a U.S.-specific model, with the chief difference being in the powerplant and its output – the American version sported 151 horsepower from its 2.4-liter inline-6. A performance model (Z432 / PS30) was identical in both markets with a 2.0-liter DOHC engine identical to the one used in the Skyline 2000 GT-R. In Japan, the new Z-car was called the Fairlady Z while in the U.S., it was totally badged as Datsun and sold as the 240Z.

The Z-car grew in popularity globally, especially in the U.S., and saw several renditions as engine power grew and, eventually, design elements were updated to keep pace with trends. The second-generation Z, called the 280ZX, was introduced in 1979 with a 2.8-liter engine and was, perhaps, the most-loved of the Datsun Z cars. It set sales records and was produced at a time when American pony and muscle cars were suffering under heavy environmental and fuel use restrictions.

By the mid-1980s, the Z-car had continued to develop, with the first 300-series being introduced in 1984, sporting not just a 3.0-liter V6, but the highest-horsepower available in Japanese standard production with hits Turbo variant. In the U.S. it became the second-best-selling Z-car in history.

The 300ZX model continued through the 1990s when another generation was introduced, carrying over the same engine but changing the body and other design elements drastically. The fourth-generation Z, which entered the market in 1990, was a big hit, carrying forward the success of the Z-car in the U.S. Fate, however, had a different plan.

The rising Yen vs Dollar split and the market trend towards larger vehicles and fewer sport models nearly doomed the Z-car entirely. It left the U.S. market amid abysmal sales in 1997 thanks to ever-increasing prices and a loss of interest from buyers who wanted bigger vehicles.

Two years later, a concept car was introduced that would foretell the fifth-generation Z-car would come. After the merger ("Alliance") with Renault and the takeover by current CEO Carlos Ghosn in 2001, the Z-car was once again introduced to Americans. Ghosn insisted on a top-notch halo car for the Nissan brand (Datsun had been abandoned long before) and he got it. The 2001 Nissan 350Z was designed by the company's new American design studio in California. At a time when Japanese sports cars were a rarity again, the 350Z was instantly accepted by the U.S. market.

After perfecting the engine and transmission offered in the 350Z, Nissan brought the new 370Z to America in 2009 in standard, NISMO and Roadster offerings. This rendition is how we know the Z-car today, fitted with a 3.7-liter V6 outputting 332 horsepower in its base configuration and making it the fastest production Z in most real-world performance testing. It's also the first production sports car to offer synchro-rev matching to simulate heel-toe shifting.

Now, the 2015 Nissan 370Z has been introduced and is beginning to be seen on American streets. It's been 45 years in the making.