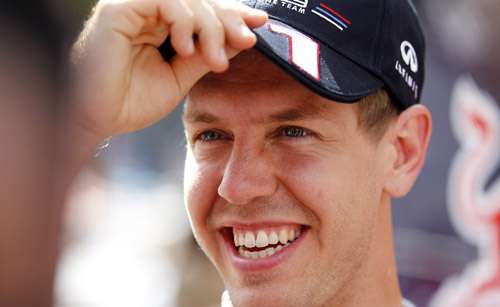 Vettel Will Drive Grand Prix of America in IPL G

The streets of New Jersey will witness the driving skills of Formula One World Champion Sebastian Vettel on June 11 when he becomes the first to drive the recently announced New Jersey Circuit.
Advertisement

The Red Bull Racing star and Infiniti Global Brand Ambassador will drive the all-new street circuit in an Infiniti IPL G coupe road car next week, ahead of the highly anticipated Grand Prix of America, due to take place in 2013.

As reported on Wikipedia, and confirmed in numerous other outlets, The Grand Prix of America is a Formula One World Championship race planned for June 2013 and beyond. The race will be held on a yet-to-be-constructed 3.2-mile street circuit through the New Jersey towns of West New York and Weehawken, along the Weehawken Port Imperial. The circuit offers the New York City skyline as a panoramic backdrop.

The track demonstration will take place immediately before a press conference where attending journalists will be invited to ask questions with Sebastian, Race Promoter Leo Hindery, and Keith St. Clair, Director, Infiniti Marketing Communications and Media. The event will take place at 2:30 pm in New Jersey on Monday, June 11, the day after the Canadian Grand Prix.

However, this event is not open to the public. It's one of those strict guest list things. (That's why we're not giving the location of the event.)

The German will be driving the 2013 IPL G Infiniti, which becomes the second member of the Infiniti Performance Line of premium performance vehicles. First introduced with the dramatic IPL G Coupe, IPL’s product design philosophy focuses on “total vehicle performance,” including unique driving attributes and exclusive exterior and interior features at a highly attractive price point.

As a result of both the exhaust system and engine management changes, the IPL G Convertible generates 343 horsepower – an increase of 18 horsepower over the non-IPL models – and 273lb-ft of torque (+6 lb-ft).

Toyota's First EV Will Have a Name of BZ: Toyota BZ
First Videos From Inside The Boring Company's Las Vegas Loop
END_OF_DOCUMENT_TOKEN_TO_BE_REPLACED