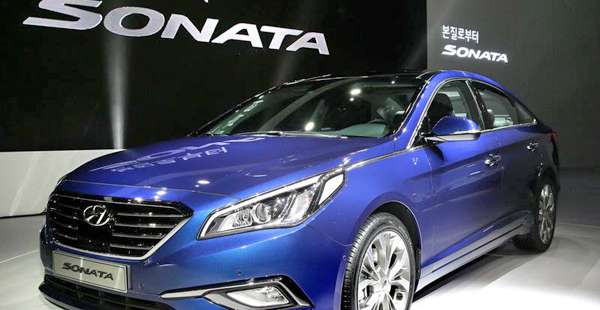 Toyota is refreshing its popular Camry in an apparent bid to stem the popularity of the Hyundai Sonata. It's a surprising mistake by the Japanese automaker.
Advertisement

According to BusinessWeek.com, "Akio Toyoda, chief executive officer of Toyota, has made styling and performance priorities across the carmaker’s model lines. Making major changes midway through the life cycle of Camry, redesigned in 2011, is unprecedented for a car that’s purchased more for value and durability than looks."

Yet, the interesting thing is Hyundai is revamping the Sonata just as Toyota is revamping the Camry to be more like the Sonata. In other words, Toyota is going to be one generation behind Hyundai. As Eric Noble, president of industry consultant CarLab, said in the BusinessWeek.com interview, “Hyundai, not in volume terms but in attitudinal terms, really became the segment leader. What they did really has resulted in forcing Toyota out of a defensive position, where instead of just trying to hold market share, they have to challenge and innovate.”

The Hyundai Sonata has already been unveiled in Korea and it's a good looking midsize sedan. Hyundai seems to be borrowing a page from the Subaru playbook. That Japanese manufacturer has found success by going more mainstream with its designs and working on interior and powertrains for skyrocketing sales.

Toyota on the other hand is going more sporting and daring with the new Camry according to photos published on the web. That should make it a darling with the automotive press but do nothing to attract new customers. It could also turn off existing customers who may not want its bold design. Instead, they could head over to Subaru or, irony of all irony, Hyundai for the more conservative stylings. After all, Camry buyers are traditionally conservative.

Hyundai designers should be flattered that the world's largest automaker is paying attention to their work. It's just a shame that Toyota is finally focusing on design and its approach is such a mistake.

Tim wrote on April 15, 2014 - 12:26pm Permalink
Nah. Toyota has been restyling its products for a while to be more stylish and edgy. Actually, it was Akio's vision when he took over to stop building bland cars. Suggesting that Hyundai is pushing Toyota is a big stretch. Just look at the new Corolla. That refresh was all about Toyota breaking out of its mold. The Camry will be the same.
th wrote on April 15, 2014 - 2:23pm Permalink
As a response to Hyundai's styling or not...Toyota is badly in need a redo. The current Camry has a face only a Toyota fan would love.
Mac wrote on May 9, 2014 - 11:36pm Permalink
Have you really looked at the interior of all the Toyota vehicles including the trucks. The interior looks about 15 years behind anything else out there.
Sourcepartnerships wrote on April 15, 2014 - 3:56pm Permalink
I'm quite sure that a company that is an automotive world leader has thought this through. I don't think even a major mistake could hurt this behemoth. Toyota has $36 billion in cash on-hand, 325,000 employees and revenue of $225 billion. Quite sure they'll be fine as will Hyundai/Kia.