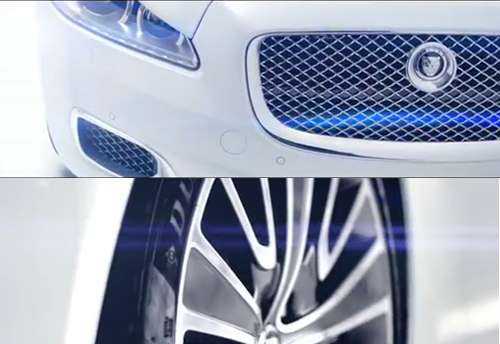 Most Luxurious Jaguar Ever Coming in Two Days

Maybe it's the new Indian ownership but Jaguar is on a roll with the announcement of the must luxurious Jaguar ever.
Advertisement

The new model is scheduled to unveiled this Monday, April 23, at the Beijing Auto Show. China is quickly becoming the automotive center of the universe for luxury marques like Jaguar, Range Rover and Bentley.

The most luxurious Jaguar ever doesn’t seem to have the most original Jaguar front fascia. It looks like it was taken right off the front of the Jaguar XJ Supercharged. That could make one think the refinements are internal and not external.

What can be told by the teaser video is the new Jaguar is going to be shod in Dunlop high-performance tires with low profiles. The wheel design with the leaping cat logo in the center appears to be four spokes that are bisected with indents.

The video also seems to hint at reclining rear seats. While not a new trend, it appears to be a first for Jaguar. It's more likely the most luxurious Jaguar will have full recliners, including foot rests similar to what the Hyundai Equus has to offer.

They don't these videos teasers for nothing. One element of it that can be explained, if my belief that this is a sedan is accurate, is what appears to be a roof opening. Or, it could just be a compartment cover. It was difficult to tell from the teaser video.

The Chinese reveal comes on the heels of the New York Auto Show where Jaguar announced that an all-new sports car will enter production; the Jaguar F-TYPE. A true two-seat sports car, the Jaguar F-TYPE will launch as a convertible becoming the fourth model in the current line of innovative and seductive cars, along with the XF sports sedan, the XJ luxury sedan and the XK coupe/convertible.

Jaguar is in the midst of a U.S. road show for its new products. The company launched an 18 city U.S. tour on April 12 to reestablish the storied British brand among luxury consumers in a new modern context. The multi-day brand event, called the “Jaguar Alive Driving Experience,” invites consumers to learn about and drive the company’s full model line-up with professional drivers, view heritage Jaguar vehicles and fully experience the brand in a dynamic setting. The tour kicked off in Phoenix on April 12, then travels to Key West and Southwest markets through the summer before heading to the East and Southeast markets in the second half of 2012 and into 2013. Interested consumers can log onto www.jaguarusa.com/JaguarALIVEDrivingExperience for more information.

It's too bad these consumers won't have the opportunity to drive the most luxurious Jaguar ever. Well, maybe those consumers who wait until 2013 might.

Tesla-Funded Research Reveals One of The Biggest Mysteries of EV Battery
Tesla Tesla Buyer Nets a Whopping $12,000 Discount After Asking for Reduction
END_OF_DOCUMENT_TOKEN_TO_BE_REPLACED