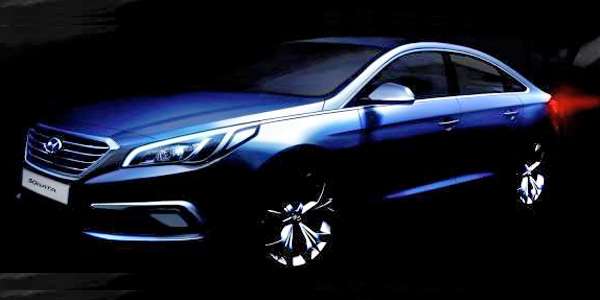 Mileage claims continue to haunt Hyundai with a model not even introduced yet coming under fire in Korea for inflated fuel economy numbers.
Advertisement

It all centers around the new 2015 Hyundai Sonata, which hasn't been officially introduced yet. Back on March 4, the company held a private press briefing at company headquarters and proclaimed the sedan was going to get 29.6 mpg. Apparently that's a combined number. The Associated Press article on the topic wasn't clear.

Well, oops, turns out the Korean government didn’t agree with that number. Turns out the fuel economy is more like 28.4 miles per gallon. According to the AP article, "South Korea's largest automaker said it was a mistake that a tentative mileage figure from internal tests was included in a presentation to reporters."

Sure, that's only 1.2 miles per gallon. What's the big deal, correct?

Well, Hyundai was caught doing this same thing less than two years ago. As the AP article mentioned, "In 2012, Hyundai and its affiliate Kia Motors Corp. were found to have overstated gas mileage on 900,000 vehicles sold in the U.S. They agreed to pay up to $395 million to consumers as part of a settlement. Then Hyundai blamed procedural errors."

And it makes you wonder what's going on at Hyundai if a mileage claim couldn't be better vetted. After all, anything to do with mileage should be reviewed at least three times before it's disseminated to the press. Why risk public relations headaches related to past troubles?

According to the article, "Hyundai said the mistake resulted from its effort to emphasize the improved fuel economy of the new Sonata, even though it was heavier than the previous model. It apologized in an emailed statement for not being more prudent."

Lets hope the U.S. product rollout, commencing in April at the NY Auto Show, is more prudent. This is a great car from initial info that should be a winner – unless it gets sunk by sloppy mistakes.