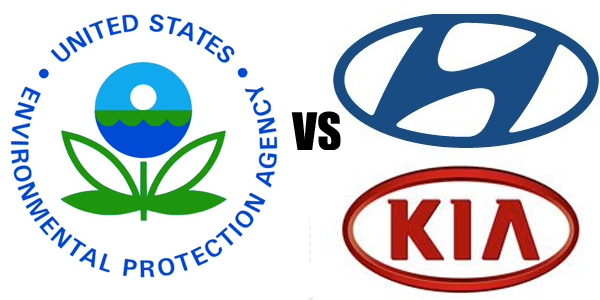 There's an amazing story of government retribution from the Environmental Protection Agency against Hyundai. The government, in an apparent hissy fit, has denied Hyundai its rightful place as the most fuel-efficient manufacturer in the United States.
Advertisement

According to a report published by Yahoo Autos, Hyundai deserve the award but is being denied because "the U.S. Environmental Protection Agency went out of its way to deny that accolade to the automaker with the highest average efficiency from vehicles it sold in the 2013 model year: Hyundai."

In a November 2012 Yahoo Autos article, it was reported, "U.S. federal regulators announced that Hyundai and Kia Motors had inflated the fuel economy ratings on 900,000 vehicles sold since 2010. The automakers will compensate owners for their extra burned fuel — and kill their incorrect ads as well.

"The errors - covering 39% of the vehicles sold by the two companies since 2010 — are the largest ever uncovered by the U.S. Environmental Protection Agency since the federal government first set fuel economy standards in 1975. The agency says the errors were unearthed after EPA officials couldn't replicate the mileages Hyundai and Kia had claimed on window stickers, which the companies will have to replace on new models sitting on dealers' lots.

"We're just extremely sorry about these errors," John Krafcik, Hyundai's CEO of American operations, told The Associated Press. "We're driven to make this right." The company never made an official announcement on the issue (at least not one that it posted to its media website).

Hyundai, according to EPA numbers via Yahoo Autos, has a corporate average fuel economy of 28.3 mpg, almost 3 percent better than Mazda's 27.5 mpg. Kia comes in third at 27.3 mpg. The next three rounding out the top 5 (with a tie for 5th) were Honda at 27.0 and Subaru and Volkswagen both at 26.2. The industry average is 24.0 miles per gallon.

Ironically, while the EPA is bitch slapping Hyundai, the Department of Energy is in a loving relationship with the Korean manufacturer. According to an announcement, "Hyundai is uniting with the energy department on a new public-private partnership called H2USA, which will focus on advancing hydrogen infrastructure to support more transportation energy options for U.S. consumers, including fuel cell electric vehicles (FCEVs). Named after the chemical symbol for hydrogen, the H2USA partnership brings together government agencies, gas suppliers, the hydrogen and fuel cell industries and automakers including Mercedes-Benz, Nissan and Toyota.

"While American automakers and private industry have made significant progress, H2USA will bring experts together to solve key infrastructure challenges, including leveraging low-cost natural gas resources. Through the program, industry and government partners will identify actions to encourage early adopters of fuel cell electric vehicles, conduct coordinated technical and market analysis, and evaluate alternative fueling infrastructure that can enable cost reductions and economies of scale."

Why is the EPA on a witch hunt against Hyundai for a problem it fixed more than a year ago? It just doesn't make any sense. Unless the EPA thinks if this is some kind of Pete Rose cheating scandal it will never get over.

What's not known in all of this is Hyundai and Kia somehow agreed to be taken off the list for one year. The admission of the error back in November 2012 probably came too late for the EPA to change last year's report (and we all know how slowly government bureaucracy can work).

Hyundai spokesman Jim Trainor respectfully declined to comment on the issue. His succinct reply to an email query from TorqueNews.com was, "Nothing further to add but thank you for asking." Jim's smart enough not to engage the government in any kind of pissing match.

But maybe I'm not. The EPA has done a great disservice to the American car buying public by releasing incomplete information. All of Hyundai and Kia's vehicles on the market now have the correct fuel economy numbers on their window stickers. Why is the EPA holding a grudge? After all, the two carmakers had to pay owners a substantial amount of money for higher fuel costs.

Let's hope buyers are smart enough to do their research and keep Hyundai at the top of their shopping list. Otherwise, they'll be paying higher fuel costs thanks to the EPA's bizarre and petty actions.

John Goreham wrote on December 20, 2013 - 8:56am Permalink
I actually reported on the "Hyundai is most fuel efficient company" theme at one point in the past. Then they were caught exaggerating their fuel economy and repaid their customers. So I say "good." Serves them right.