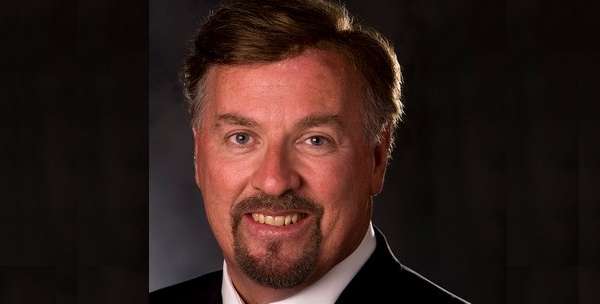 Challenges Lie Ahead for New Head of Hyundai

Dave Zuchowski is hitting the ground running as the new CEO/president of Hyundai Motor America. He faces some big challenges in his first week on the job, including softened sales predictions for Hyundai worldwide.
Advertisement

As announced recently, the popular John Krafcik is out as head of Hyundai. Company officials wouldn't elaborate why Krafcik's contract wasn't renewed but emphatically told TorqueNews.com it wasn't because of the company's fuel economy average imbroglio that ended in a $210 million court settlement.

This week in Korea, according to Bloomberg News, the company's top executive, Chung Mung Koo announced that Hyundai and Kia’s combined deliveries will increase 4.1 percent to 7.86 million vehicles in 2014, according to comments made by Chung Mong Koo, who is chairman of both automakers, to employees during a new year address in Seoul. That’s the slowest growth since 2006 and falls short of the 8 million units projection based on the average estimate of five analysts surveyed by Bloomberg News. Seoul-based Hyundai plans to increase sales by 3.8 percent to 4.9 million vehicles this year, while Kia targets to deliver 4.7 percent more at 2.96 million units, the companies said in separate regulatory filings

Chung, Bloomberg reported, said the companies will invest in improving vehicle safety and technology as competition gets fiercer and the global economy reaches a “low growth era.” Improving vehicle safety is already being seen in the upcoming 2015 Hyundai Genesis that is being introduced at the North American International Auto Show.

As reported in an earlier TorqueNews article, "The 2015 Hyundai Genesis sedan is going to be marketed as a father-figure, guardian angel in the Super Bowl television ad. It sounds like it's going to hammer home the message that safety is an important selling point but do American buyers care about safety over other things?" the issue I wonder about is the marketing of the Genesis under this moniker, as Ad Age says, that Genesis's "360-degree halo of safety" can help drivers avoid otherwise painful collisions. Just like dear old dad.

Hyundai seems to be ripping a page from the Volvo playbook with this focus on safety. It's as if it believes it is going to move more of the near-luxury sedans by targeting how safe the vehicles are. But safety continues to be a low point when it comes to vehicle consideration. As veteran automotive journalist Jim Montavalli observed in a post at CarTalk.com, "Americans do want it all, but they’ll settle for something affordable with good fuel economy, styling and image, in that order. Automakers: No bland meat-and-potatoes sedans—the public wants pizzazz. And electrics with high voltage."

Maybe that's where the emphasis on technology comes in. The Korean leadership of Hyundai appears to be anxious to clean house on that front. In November, as we earlier reported, Hyundai's chief technology officer has resigned in the wake of increasing vehicle recalls around the globe, especially in the vital United States market where the brand in the last decade has developed a hard-earned reputation for quality that could slowly be slipping away.

According to Bloomberg News, "Kwon Moon Sik, who was president of the research and development division, quit yesterday along with two other executives, the Seoul-based company said in an e-mailed statement today. It didn’t say who will replace Kwon." Hyundai is in the midst of recalling 150,000 vehicles in the United States and Korea because of brake issues. Brake lights may not illuminate properly and cruise control might stay engaged, which are a major safety concern, according to the National Highway Transportation Safety Administration investigation that was opened.

So, as the brand focuses on technology and safety and slowing sales, all signs point to a huge challenge for Zuchkowski as he begins his new job.