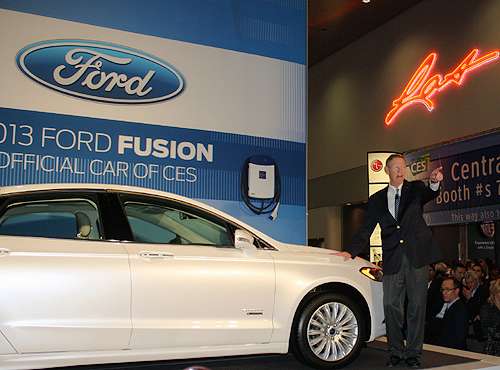 Few things that made CES 2012 a Success

The 2012 International Consumer Electronics Show is history and it set history as the most successful show in its 44-year history with record numbers of displays, attendees and, especially important, automotive presence.
Advertisement

The place to be for automotive fans was in the North Hall of the Las Vegas Convention Center. During the Consumer Electronics Show it was packed with large displays by Audi, Ford, Mercedes Benz, and Kia as well as smaller ones by mobile entertainment companies like JVC, Fusion and Mobil Eye among scores of others.

The 2012 International CES was the largest in the event's 44 year history, with a record number of more than 3,100 exhibitors across the largest show floor in CES history – 1.861 million net square feet of exhibit space – and drawing a record of more than 153,000 attendees, including more than 34,000 international attendees. More than 20,000 new products were launched at the 2012 CES, which also featured top executives participating in keynote sessions, including those from Qualcomm, Mercedes, Wal-Mart, Intel, Ford, Verizon, Unilver, Ford, eBay, GE, Google and Facebook.

Mazda and BMW have committed to 2013 CES exhibit space along with Ford, Kia, Audi and Hyundai, creating an even larger automotive presence at the 2013 CES. Ford was the proud presenter of the official 2012 Vehicle of CES – the 2013 Ford Fusion. (Who are we to quibble about a 2013 car being the 2012 official vehicle?)

Ford CEO Allen Mulally was on hand the first day of the show, Jan. 10, to unveil the Ford Fusion in front of an enthusiastic crowd of convention attendees who greeted him like a rock star when he stepped to the stage in the Grand Lobby outside of Central Hall. He addressed a small contingent of media (probably 1/100th the size he addressed the day before in Detroit's Cobo Hall.)

Mercedes-Benz CEO Dieter Zetsche made a keynote presentation at the Consumer Electronics Show at the Las Vegas Hilton, Zetsche spoke about the future connectivity of vehicles as well as promoting some of the new technology coming to Mercedes-Benz vehicles. He was spotted later in the day conducting interviews at the Mercedes-Benz booth that was packed with curious showgoers.

One of the real surprises of the show was Kia, which decided to make the North American debut of the Ray production Electric Vehicle (EV) and Naimo EV concept car for the first time in North America. Kia was also busy demonstrating the high-level performance of its UVO system that is going to bring a lot of luxury to vehicle owners in terms of services offered without a monthly subscription plan.

Technically the Subaru BRZ made its debut at the North American International Auto Show but it was outside the Las Convention Center in the Central Plaza that the regular public could ogle it in the flesh. Surprisingly, many weren't aware of it but that could have had more to do with its poor positioning away from most foot traffic. You had to hunt to find it but what a great site it was once you did, especially when combined with a demonstration of the new Aha partnership.