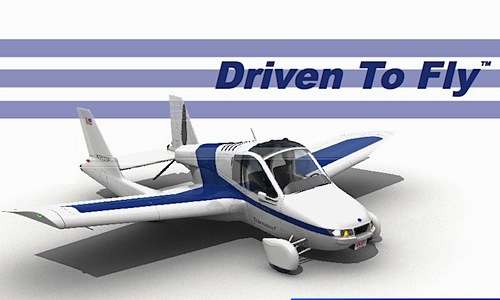 The Terrafugia Transition Flying Car Airplane Is Taking Off At Last

Since the 1950s people have dreamed and thought of cars that could fly, or airplanes that could be driven on the streets. The Terrafugia Transition Flying Car Airplane is the closest to what it gets and is inches away from achieving its goal.
Advertisement

In the department of: “It’s a plane, it’s a car… it’s both… the Terrafugia Transition Production Prototype completed its second flight on April 2, 2012 and it’s the closest thing you’ll find to an actual honest real flying car that should be soon enough commercially available. The company was founded in 2006 by a few MIT trained aeronautical engineers, as well as MBA's who sought to answer the challenges of personal aviation and road congestion. The Transition Roadable Aircraft is what resulted from their collaboration. And after its maiden flight, it looks as if the Transition Roadable Aircraft could be heading out your way.

A Flying Car History. Why are people so fascinated with flying cars? The answer is a little complicated but suffice it to say, our modern congested highways make a good case for a working concept. Imagine getting into your car in the morning and hearing about the traffic jams plaguing your ride to work. Well, simply enough unfold your wings and fly, baby fly! The first person to be credited as having designed the first flying car was Glenn Curtiss, although the three-winged Autoplane could only hop and never managed to fly. In 1926, even Henry Ford experimented with a flying car he called the "sky flivver". But it wasn’t until March 21, 1937 that the first true flying car took to the air. It was built by Waldo Waterman and was called the Arrowbile. The Arrowbile was powered by a Studebaker engine and could fly at 112 mph, and drive at 56 mph. Fast forward present times and the Terrafugia Transition tackles the challenge with modern means and resources.

Technically Speaking. The Transition looks more like an airplane than a car but nonetheless, it is a hybrid, in every sense of the word. As far as performance, you can expect 100 kts, or about 115 mph, with a cruising speed of 93 kts, 105 mph with a range of 425 nmi, 490 mi. The fuel consumption numbers is the best part of this project. With 35 mpg on the road, this little flying car performs better than many cars on the road. It doesn’t do too badly in the air also with 5 g/h of fuel in the air.

When Will It Be Available. According to COO Anna Mracek Dietrich: “The successful first flight of this Production Prototype Transition marks a critical move toward initial production and first delivery,” The Production Prototype phase of the Transition® program follows the Proof of Concept work which included a flying, driving Proof of Concept vehicle and was completed in 2009. The Production Prototype program includes two vehicles and is being used to develop and inform the manufacturing tool-up and compliance program necessary to begin commercial deliveries. Terrafugia will continue its testing program in preparation for first delivery, which is expected to occur within the next year.

So far this is the closest we’ve come to an actual real flying car. While there have been many concepts, some whacky, others not feasible, the Terrafugia Transition will be Atlanta and Los Angeles drivers’ best friend when taking to congested highways and is the closest thing you’ll get to flying your car.