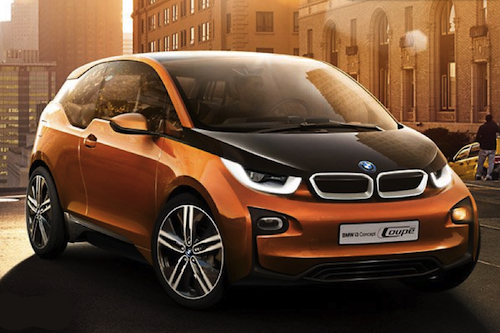 How The BMW All-Electric i3 Is The Future

BMW i3 electric car deserves a long second look as it manages to use aerodynamic tricks without being flashy. Find out what else this car is hiding.
Advertisement

While the show is often stolen from the all-electric i3 by the stunning and elegant i8, the all-electric i3 has not only a lot going for it but paints a new face for BMW’s future. The i3 is a shot forward, in fact so forward most won’t really catch it. This is BMW’s take on the future and how it will be part of it. After all, BMW is more known for its gasoline car and technology than electric cars... so far. If it continues playing its cards as well, it should be one of the top electricdrive leaders.

Styling The i3. Most of what we know about the i3 is its manufacturing marrying expensive carbon fiber with reinforced plastic. What this means is a light car that won’t be as penalized by its battery weight than say a normally constructed car, or a car otherwise engineered for a gasoline engine turned electric. The i3 and i8 both share this technology but it will come at a price. Although both haven’t had a definite price tag yet, we can bet on around $50,000 for the i3 and over $100,000 for the i8. Ah, that BMW performance comes at a price.

As I mentioned before, some of the styling cues get a little lost on the i3, especially as its lays so close to its other more sculptural sister, the sensual i8. The i3 makes good use of aerodynamics and as Benoit Jacob, head of Group Design at BMW i’s, the team behind both vehicles told me, the vehicle has been engineered with aerodynamic efficiency.

The BMW i3 Concept animation by AutoMotoTV

Airflowing BMW i3. The i3 sits slightly higher than the i8 and looks a little more on the plump side, but overall looks great. The interior is roomy enough to accommodate four easily, five on a pinch, American bodies. I feel the rest of the world could easily fit five in almost all circumstances.

For all intents and purposes, there is very little difference between the four-door i3 and the two-door. The car manages to keep its lines smooth and well proportioned. A nice visual trick helps us see how streamlined the car is as you see it from from the side of the windshield to the back where it tightens up making it look like a tear drop. Very aerodynamic indeed. But the real work is around the front fascia and back where the amount of designing spent to lower the aerodynamic drag comes together intelligently combining its low weight to the performance it promises.

The front facia has discreetly carved out air tunnels on either side of the bumpers that force the air around and above the car. Even below and above the headlights, niches have been carved out to direct the air away from the front surfaces and chased away.

The wheels are another obvious cue that show how they are designed to suck the air from below the car when in motion. In both cases, the BMW i8 and i3 make plenty use of what Benoit called active aerodynamics. I pressed him on that point he made very clear, and asked why he didn’t go the way others do, such as Porsche with its Boxster and automatic raised back wing. His point was to design a car that was aerodynamically correct from the beginning and not have to revert to automatic wing gadgets, something he said can always stop working.

In essence, all these aerodynamic “tricks” are well integrated into the original design making both cars a pleasure to see. With an active and static efficient aerodynamic system built around the car, both i3 and i8 make full use of airflow to facilitate its penetration through the air, thus lowering resistance. Add on top of that a very light body and now you can start to see where BMW is going with this, into the future. BMW i3 electric car may not have as many stylistic cues and catchas as as its i8 sister, but it will be one fun electric BMW car to drive around town and take off on small windy roads.

nike air max 90 wrote on July 24, 2019 - 2:12pm Permalink
WONDERFUL Post.thanks for share..extra wait .. ?
nike roshe wrote on July 26, 2019 - 3:33pm Permalink
There are actually numerous particulars like that to take into consideration. That is a great point to bring up. I provide the thoughts above as general inspiration but clearly there are questions just like the one you deliver up the place an important thing might be working in trustworthy good faith. I don?t know if finest practices have emerged round things like that, however I'm certain that your job is clearly identified as a fair game. Both girls and boys really feel the affect of just a moment抯 pleasure, for the rest of their lives.