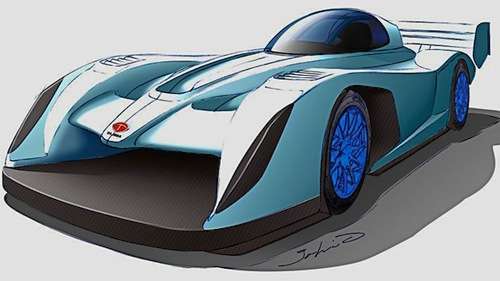 Pikes Peak is THE race when it comes to hill climb and electric cars are proving to challenge gas engines in ways that should fuel competition the next few decades.
Advertisement

Obviously, the inherent value of an electric motor is its instantaneous full torque that is available as soon as it spins. As you can imagine, this make the electric motor a formidable tool for racing, whether as a single propulsion means or added motor as in hybrids. It becomes even more so when you are dealing with hill climbs where torque is more important, at least for the first few yards than raw horsepower. Pikes Peak adds an extra challenge to this, that of not only racing 12.42 miles and negotiating over 156 turns, but also climbing 4,721 ft from the start to reach 9,390 ft later the top of Pikes Peak. It averages grades of 7% over what used to be historically both gravel and some paved sections. Unfortunately, as of August last year, the highway is now fully paved from start to finish. In this particular instance, gas engines have to be carefully tweaked to take into consideration atmospheric altitude condition, going from high air pressure found at the bottom to the rarified one at 14,110 ft. Many teams opt for an optimum performance at either high or low altitude, but can never take full advantage throughout the race. An electric motor knows no such problems. Feed it electrons and it will deliver peak performance, regardless of altitude.

This year's Pikes Peak race on July 8 in Colorado Springs, CO will witness again electric vehicles, EVs starting to offer serious competition to conventional gasoline racing vehicles. We saw last year a Nissan Leaf race prepared climb that mountain and achieve a respectful number considering it was never designed to race when Chad Hord set the record for the first production EV with a time of 14:33 minutes. To put it into perspective, the current overall fastest time was Nobuhiro Tajima who climbed it in 9:51.278 minutes in his Suzuki SX4 Hill Climb Special of Monster Racing.

Technically Speaking. This year, Nobuhiro Tajima’s new "Monster" hopes to continue his seventh straight Unlimited crown title and set a new time record with a race EV. Nobuhiro’s Team Monster divulged it will sport a twin motor system and regenerative brakes. He did reveal some of the partners for this audacious project; Team APEV, Mitsubishi Heavy Industries, GoPro, NTN and Falken Tires. However nothing much more is coming out of the race team. We will have to wait till after the race to find out more. On the motorcycle front, racers will try to best Carlin Dunne’s Ducati after his brilliant record last year of 11:11.32 in the 1205 CC division.

The Race. But the Pikes Peak International Hill Climb is also a diverse race event where car and motorcycles tackle the daunting task of climbing the mountain as fast as possible. This year for the first time, race organizers will stage the actual qualifications during Race Week for all drivers and racers. And to show the incredible record response, 208 entries have been approved. The next task now is to reduced that number to 80 automobiles and 100 motorcycles through a rigorous qualification process. Also this year marks the first-ever edition of the race on a fully-paved course to the summit of the mountain.

Welcome Back Walter! Also note worthy, the 1987 Champion Walter Röhrl will return to Pikes Peak this year, 25 years after winning his Unlimited crown in an unforgettable 1976 Audi Sport Quattro S1. He managed back then a record time of 10:47.850 and will tackle the mountain again in that same Audi for demonstration purposes. Check out this brilliant YouTube video of Walter showing us how he raced that beast of a Quattro. Notice turbo lag! p.s., the video shows my stumping native grounds where I learned to drive. Col de la Bollene in the winter is a delicious thrill to drive.

All in all, the Pikes Peak is a unique race that encompasses everything we like in sports, from two to four wheels and this year’s Tajima Nobuhiro’s electric Monster should provide some highly anticipated competition putting squarely the electric drive as the way to go forward.