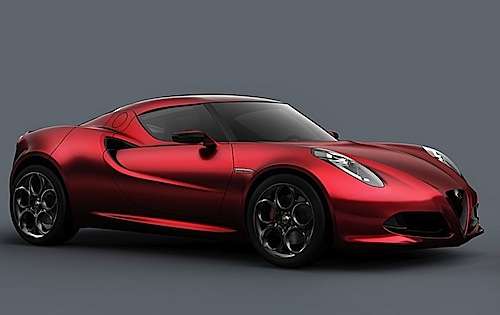 Is Alfa Romeo Seriously Coming Back To The U.S.?

The missing Italian car manufacturer that has puzzled many for decades is rumored to be back again. Fiat sheds more light.
Advertisement

Alfa-Romeo Returns to the U.S.. Well, maybe, possibly yes, most certainly, that is we think so… We’ve been hearing Alfa is returning since the early 2000. The WSJ reported that Fiat's sporty Alfa Romeo brand is planning a return to the U.S. in 2014. The shock isn’t that Alfa Romeo is coming back, a brand dear to me but that it was hailed as Fiat’s Alfa Romeo. Gasp! Both carmakers have bitterly competed on racetracks for over a century with Alfa Romeo as the clear winner.

Alfa Romeo & Fiat. When Vittorio Jano was lured away to join the new Alfa car company, Fiat took it as a betrayal. Alfa Romeo quickly ran out of money and WWII’s national patriotism quickly brought the company under the government subsidizations. Both Maserati and Fiat didn’t like paying taxes to help their direct competitor. In the 80’s Fiat was handed Alfa Romeo and shortly after, both went into more financial troubles. Alfa Romeo was pulled out of the U.S. where it lingered in Europe until new better models emerge, albeit with less and less Alfa Romeo DNA.

So Is Alfa Romeo Back? It seems Alfa Romeo is ready to introduce the stunning two-seater 4C, followed by an upscale sedan, the Giulia for the U.S. market by 2014. Yes, we’ve heard 2007, then 2009, 2011, and 12 but 2014 seems more and more likely. After driving the 8C Competizione, I can tell you the 4C will give the Porsche Boxster a run for its money.

In fact, last week, Fiat chief executive Sergio Marchionne said Fiat will relaunch the famous Alfa Romeo brand in the U.S. and then China. In an even more interesting interview I watched on a flight, the exasperated Marchionne finally says he understands an Alfa Romeo needs to have a proper Alfa Romeo engine! He followed this by Fiat won’t release one until it is perfect.

Upscale Chryslers? After turning around Fiat by keeping its IP in-house, it can be said Marchionne has done a stellar job. Unfortunately, the same can’t be said about reviving the iconic Alfa Romeo. Sure the 159 has won accolades abroad but it has never set foot here. Since Marchionne now fully realizes an Alfa Romeo is an Alfa Romeo, at least we know the future models will have their own exclusive engines. Unfortunately, most will rely on Maserati and Ferrari units, putting Alfa Romeo in an unfamiliar position to use other’s engines, putting their magic into it.

So are these new Alfa Romeos Alfas? That is debatable since almost all carmakers have components from different parts of the planet. But when we think Alfa Romeo, Maserati or Ferrari, we think in-house design with superb lines, an out of this world handling experience and a character that shame any German and Japanese cars. To the above question, we can say with absolute certainty that most likely maybe just yes, Alfa Romeo is coming back to the U.S. in 2014.