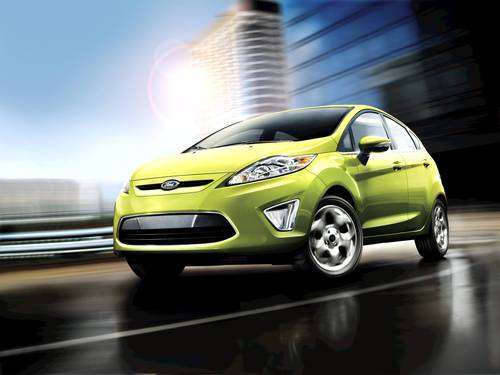 Toyota Prius vs Ford Fiesta: which one for MPG

Rising gasoline costs this year should make a hybrid car like the Toyota Prius more interesting, because higher fuel efficiency should mean lower cost of ownership, but surprisingly the Ford Fiesta costs less to own than the Prius.
Advertisement

Gasoline prices are rising meaning that many are again looking to reduce the fuel cost to drive around town. Hybrid cars such as the Toyota Prius are commonly recognized as having the best fuel economy, but in reality there is a range of trade-offs to ponder about cost of ownership that can lead to some surprising choices. The Ford Fiesta is a highly fuel efficient car, with a price enough lower than the Prius to make for a lower cost of ownership even if gasoline prices go as high as in 2008.

We might think that because the Prius has such high fuel efficiency, it will be cheaper to own. While fuel efficiency is a large part of ownership cost it isn't the entire picture. For example, the Prius Liftback (MRSP $24,000) has a $8,330 price premium over the Ford Fiesta (MRSP $15,670). That price premium means that even though you'll pay more to fuel up your Ford Fiesta, it will take hundreds of thousands of miles of driving to make up for the Toyota Prius price premium.

Let's first consider whether the Prius and Fiesta similar enough cars to make this comparison? Both are compact five seater cars with a lot of similar features. The biggest difference is in cargo capacity. The Prius Liftback has 21.6 cubic feet of cargo space, the Fiesta Sedan has 12.8 cubic feet, and the Fiesta Hatchback has either 26 cubic feet if the rear seat is folded down, or 15.4 cubic feet of cargo if the rear seat is kept upright. Hence, the Prius offers a little more passenger and cargo capacity, making it a little more functional, but otherwise the two are similar cars.

The next consideration is a simplified cost of ownership model focusing on the MSRP and the cost for gasoline over the life of the vehicle.

Toyota Prius, with 51 miles/gallon fuel efficiency burns 196 gallons per 10,000 miles driven, while the Fiesta burns 250 gallons over the same distance.

Given enough time the Fiesta owner will spend enough more on gasoline to account for the $8,330 price premium. How many miles? At $3.50 per gallon, it takes 440,000 miles of driving, and at $4 per gallon it takes 385,000 miles, to make up for the Toyota Prius price premium. That seems like a lot more miles than these cars are likely to be driven, meaning the Fiesta owner is unlikely to ever drive enough miles for their cost of ownership to equal the Prius.

The Prius c, however, offers a different story. With a $19,000 MSRP the price premium for the Prius c is only $3,330 over the Ford Fiesta. As a compact Prius it's closer in size to the Fiesta making it a more even comparison.

In both cases it means that the while the Fiesta owner is spending more on fuel to drive, because of lower fuel efficiency, the cost of ownership (MRSP plus the fuel cost) is lower for the Fiesta owner.

The 2012 Ford Fiesta is Ford's primary example for this strategy of highly fuel efficient non-electrified vehicles.

But wait, this isn't the only consideration we can look at. What about the side effects of car ownership? What about the environmental damage caused by a given car? What about the effect fuel efficiency has on national energy security? Neither of these have to do with the price you pay for owning a car, instead these and other factors are what Economists call "externalities". An externality is a cost you, as the owner of a car, do not pay while owning that car. The environmental damage incurred by your car ownership is not reflected in the cost of the car. Neither is the cost of the undermining of U.S. national security due importing so much oil reflected in the cost of owning a car.

The environmental damage from owning and operating a car is roughly based on the amount of fuel it burns. Because the Prius burns less fuel its use causes less environmental damage, roughly speaking. Highly fuel efficient cars can affect both the peak oil and national energy security concerns by acting to reduce the overall rate of fuel use in the vehicle fleet. Roughly speaking, the more efficient the vehicle fleet is, the less fuel will be burned to keep our cars and trucks rolling. Reducing the overall fuel consumption means the U.S. would export fewer dollars to pay for oil imports, reducing the national security effects of oil consumption.

The vehicle fleet is large and contains a lot of inefficient vehicles. For there to be a significant effect on either the environmental damage or national security concerns we just discussed, a huge number of highly fuel efficient vehicles must be purchased, to offset or replace those inefficient vehicles. This obviously will take several years to retire old vehicles and replace them with new, more efficient, ones. One purchase at a time, we choose between vehicles to buy. We have our own set of criteria for purchases, some of us focus on features or the color, others focus on the cost of ownership, and even others weigh in these external factors such as the environmental impact.