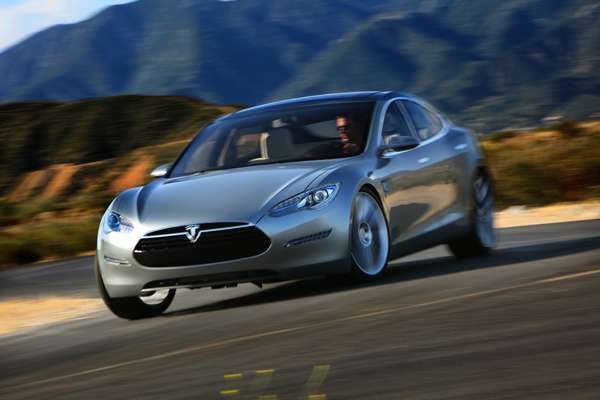 To compete against Tesla Motors, Shai Agassi says the big automakers must learn some things from what Tesla is doing right.
Advertisement

According to Better Place founder and former CEO Shai Agassi, Detroit (a.k.a. the big automakers) needs to study what Tesla Motors is doing in order to compete. By Agassi's reckoning, the stock market's valuation of Tesla Motors (TSLA) stock at a $17 billion market cap demonstrates that the market "is betting on Tesla’s potential to take a significant share of the broader car market, not just luxury cars."

Tesla's stock price has risen from the $35 level to over $140 per share since March 2013, following a string of highly positive news and announcements. Such as two quarters of strong sales growth, the ever-expanding Supercharger network, or the new lease-like financing model. The company is on a roll with good news following good news, and is maintaining they can bring a 200 mile electric car to market in 2017 at a $35,000 MSRP.

Theoretically, the price the stock market sets for a company is based on rational thinking about the future earnings potential of that company. Assuming the market is thinking rationally about Tesla, this string of good news leads the market to think Tesla will become a large player in the mainstream car market. Leading Agassi to say "GM shouldn’t be the only company worried about Tesla’s future plans".

Instead, all the car makers should do as GM is doing and study Tesla to see what they're doing.

However, Detroit would be wasting their time tearing apart a Model S to study the secret sauce inside the car. Yes, any automotive engineering organization could take apart a Model S, study its innards, but would a company like GM be able to replicate manufacturing of the Model S? Agassi claimed "What works for Tesla will not work for GM, and most likely be value destructive for any mass-market incumbent."

An electric car is an object of desire One thing Tesla has done well is to convince customers to "love the experience of owning and driving the Model-S" and that "every customer who bought a Tesla Model-S becomes a sales person to a community of like-minded people."

An electric car is a modern appliance Modern widgets like cell phones are upgradeable after purchase (e.g. will you upgrade to iOS 7 when it's released?). Electric cars should have the same mind-set. Tesla gets this in part by making the software upgradeable, but there is the issue of whether the battery pack can be upgraded in a few years when better battery technology comes along.

An electric car is Moore’s Law on wheels What enabled the information age revolution is rapidly advancing computer technology thanks to ever-increasing density of transistors on a chip. Moore's law was concocted by the founder of Intel, and talks about that rate of electronics change. The same trend applies to battery technology, even though the rate of improvement doesn't happen as quickly for batteries as it does for regular electronics. This means automakers have to price their future cars assuming battery technology improvements will allow them to offer a heck of a lot more electric driving range than they offer today.

An electric car drives — and sells — differently Agassi put this point very well: "Tesla skipped over the dealer model, preferring to sell a highly differentiated car directly to customers in their owned and branded stores." Rather than mix electric cars with gassers in the same show-room, like the major automakers do, Tesla chose a different sales model. Agassi suggests the major automakers should launch electric cars "under a new brand with a whole new experience."