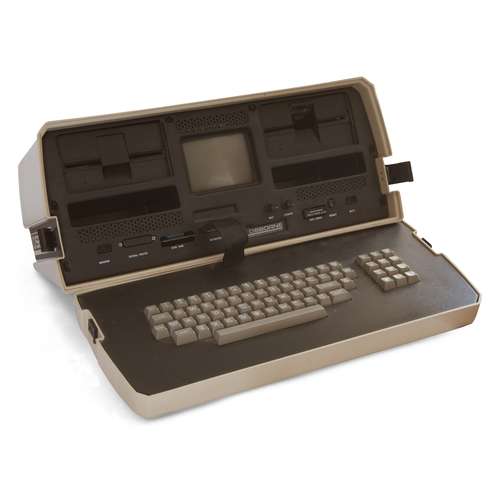 In 1981 the first luggable computer, the Osborne 1, went on sale to become very popular. All was well for Osborne Computer Company until Adam Osborne, in 1983, announced details of the next generation Osborne computers. The resulting sales falloff and eventual demise of OCC created the myth of the Osborne Effect, which is when a company announces a future product and the customers stop buying the current product. What does this have to do with automotive news? Consider thursday's news that GM's CEO Dan Akerson is again talking about the electric car with a 200 mile driving range that GM could be building in the next two-to-four years.

It's plausible that news of someone like GM's CEO claiming an electric car with a 200 mile driving range is just around the corner, would make potential electric car buyers go "hmm.. maybe I'll wait a couple years."

This effect may already be happening for the Nissan Leaf. Sales of the Leaf are much lower than in 2011, and there are a pair of attributes of the 2013 model which may be affecting current Leaf sales. One is that the 2013 Leaf will have an option to buy a 6.6 kilowatt on-board charger, which would give the Leaf a better effective driving range. The second is that Nissan is building a new factory in Smyrna TN, that's slated to increase Nissan Leaf production volume to over 100,000 units a year. The scuttlebutt is that by building the Leaf in the U.S., the domestic MSRP would be lower than currently.

In the case of GM, Akerson first talked of a 140+ mile driving range electric car in March, shortly after Envia Systems demonstrated the company's technology at an ARPA-E conference. That company is targeting a dramatic jump in lithium ion energy density, with a dramatic drop in cost, and if the final result turns out as projected it would be a game changer in the electric car industry.

In March, Akerson did not explicitly name Envia Systems. This week an AP report repeated statements made by Akerson to a GM employees meeting, which the AP reporter somehow was allowed to hear, where he explicitly named Envia Systems and a potential 200 mile driving range electric car in two-to-four years.

Will tomorrows electric cars be better than todays? Almost certainly. Should someone who is teetering on the edge of buying an electric car wait? Depends. How badly do you want the electric car today? How certain are you that GM would actually build a 200 mile driving electric car any time soon?

The first point is just like the quandary potential iPhone buyers are in right now. It's widely expected the next generation iPhone will be revealed in a couple months, and some may be waiting for the iPhone 5 to be revealed before buying anything. What's the optimal strategy for buying technological gadgets? We know this weeks wonder-gadget will be next years has-been, and the optimal buying strategy depends on the needs and preferences of the individual.

There is much doubt whether Envia or GM can pull off what Akerson is promising. First, Envia is not a battery manufacturer, but a battery technology research company. Envia instead will license its technology stack to a manufacturer, such as LG Chem, who will then attempt to manufacture battery cells using that technology. That's followed by a relatively long process of testing the resulting cells, testing the manufacturing process, getting sample cells into automaker hands, where battery packs are tested in cars, and so on. Envia's technology claims may not pan out. According to an article about Envia in Charged EV's magazine, it is only the cathode that is ready, with the rest of the components still in development. That article quotes Envia's management as saying complete cells will not be ready until 2015, and cars with those cells won't be on the road until 2018. That's a lot longer than the two-to-four year time-frame Akerson mentioned.

Some say the demand for perfection is the enemy of the good. Today's electric cars could be good enough for today, just as some people will buy an iPhone 4S today even though the iPhone 5 is just a couple months away.

Brian Keez wrote on August 12, 2012 - 11:31am Permalink
Nissan has been trying to clear the 2012 LEAF out with some great deals. The same kind of deals that Chevy had prior to the HOV lane qualified Volt. If I was looking to buy a LEAF, I would wait too. The 3.3kw charger is frustrating now that I know about the 6.6 kw charger. If there were more CHAdeMO chargers out there, it wouldn't matter.
Philip S wrote on August 12, 2012 - 6:25pm Permalink
I agree completely. I had a Leaf for an extended test drive this weekend & while I was in range of level 3 chargers I had no problems at all, but while I was in Nashville, TN there was nothing available but level 2 chargers. And while they are all over downtown, the 3.3kW charger is just SLOW. My test drive confirmed to me that the Leaf is a great car, but that I'd be crazy not to wait 4 months for one that I could charge wile eating dinner while considerable charging was going on. The local dealer has a 2011 & a 2012 in stock, which I feel sorry for them having to try to sell. Unless they cut someone an incredible deal on them and the driver doesn't plan to drive out of town I couldn't recommend the 3.3kW charger. Side note, I think Ford is crazy not to put a level 3 charge port on their new EV.
Anonymous wrote on August 13, 2012 - 10:42am Permalink
GM used to be better. In 1996 in the NESEA American Tour de Sol, the Solectria Sunrise got 375 miles per charge,Ford’s Ecostar got 227 miles per charge, GM's EV-1 got 125 miles. Nearly 20 years later they've actually regressed!?! ! Why? It would be easy to make an EV that is coated with thin-film PV so it is always charging the batteries and ultracapacitors anytime any light is present, (Aleo Solar thinfilm PV works equally well on indirect light because it operates off of infrared, it pays back for itself in 2-3 years and lasts 17 years and the active elements are fully recoverable/recyclable.) This EV would also have generators placed in certain wheels that didn't have the motors (even extra wheels could be added for a total of six wheels) so electricity is also produced and fed back into the power source anytime the wheels move, (the free moving wheels containing generators are piggybacking onto the already large moving mass of the vehicle which is already being moved as a means of transport); regenerative braking would also recapture energy and also feed electricity back into the onboard recharging system; the power saving system used in the Solectria Sunrise and light weight could be used and power saving ultracapacitors i.e., Maxwell Technologies', would also be employed during acceleration greatly extending the battery charge up to 15 times and of course further extending the range. You could also use the Altairnano Nanosafe batteries which already provide 240 miles per charge, charge in 10 minutes, operate in extreme temperatures, do not overheat and last over 15,000 recharges. This EV would rarely need recharging by an outlet because it is almost always trickle recharging through other means esp. the PV. Think of the world-wide market for such a vehicle replacing most existing vehicles and the money and wealth it would put into the hands of consumers and the worldwide economy because they are not paying for gas or much electricity. And, of course, the effect it would have on reducing climate change and air pollution. Think of all the jobs it would create. Better than a 40 mile per charge Volt.
David Herron wrote on August 13, 2012 - 12:37pm Permalink
These are very interesting ideas but let me quibble at a few points a) there are very few flat spots on the typical car, and it's difficult to get the car pointed at the sun in an optimal direction for optimal energy capture. That is, optimal energy capture is with large flat panels at the correct angle pointed directly at the sun and following the sun as it moves across the sky. This is really difficult to do in a car. And in any case the surface area of a car is so small that it would make an ineffective solar collector even if you could arrange to point the car at the sun at the right angle. Hence it would be good for little more than a trickle charge. b) how is putting generators on wheels different from simple normal regenerative braking? Or are you suggesting something that would be an over-unity device if you were to actually build it? c) getting 240 miles/charge is not a function of the battery manufacturer, but of being able to cram enough kilowatt hours of storage into the vehicle.
Gint wrote on August 14, 2012 - 2:11am Permalink
David: Well written! This Osborne Effect has been repeated many times throughout the x86 family, and more recently the iMac and iPhone families. Dramatic feature improvements from generation to generation initially drove rapid computer upgrade cycles. Two year old computers were outdated and inferior. It was cheaper to upgrade As technology advancements slowed, a few percent improvement in speed or incremental functional changes slowed the pace of new generation adoption, allowing the replacement of desktops with similarly priced laptops. Eventually, desktops and laptops were replaced with mobile devices offering similar functionality at lower cost. Now that generational innovations are slowing (2G, 3G, 4G), customers delay their next purchases waiting to see if incremental feature additions justify further investment. Similar to early computer hackers, hobbyists hacked together forklift motors and batteries to build cars with limited speed and range long before OEM manufacturers standardized the process and moved technology dramatically forward. Electro-motive technology is moving forward by leaps and bounds. Frequently older technology peaks before new technology takes hold. I think the auto industry is in the midst of this transition. While smart phones add cameras and texting to cell phones, people still turn to their land lines in times of emergency.