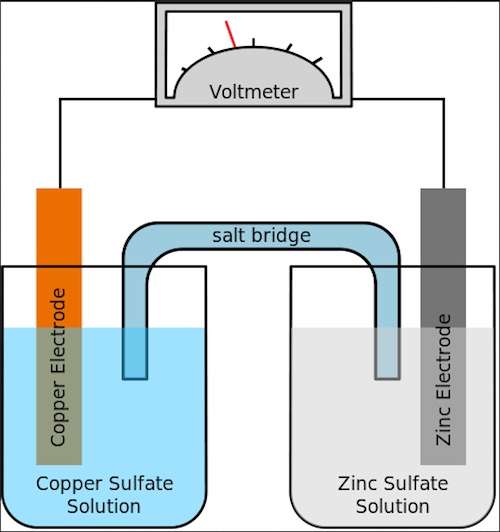 Lithium-ion battery research company, CalBattery, has announced a huge breakthrough in energy density that could in a few years give a 300% jump in battery energy density, that could triple electric car driving range.
Advertisement

Energy density is the key measure of electric car batteries to determine driving range and ultimately the usefulness of the vehicle. It was the energy density improvements of lithium-ion batteries that enabled the resurgence of electric cars. But the current crop of lithium ion batteries do not allow for enough energy storage, and driving range, at a low enough cost, to get past the "too expensive" sniff test that is hindering electric car adoption today. A new lithium-ion battery designed by CalBattery, with a silicon-graphene anode, promises a dramatic energy density breakthrough, according to a news release issued by the company on Friday.

The company is a finalist in the Dept of Energy's 2012 Start UP America's Next Top Energy Innovator challenge. Independent test results using full-cell lithium-ion battery cells designed by CalBattery demonstrate an energy density of 525 watt-hours per kilogram, and a specific anode capacity of 1,250 mili-amp-hours per gram. Most commercial batteries have an energy density in the 100-180 watt-hours per kilogram range, and specific anode capacity in the 325 mili-amp-hours per gram range.

For those who don't understand battery capacity measurements, this means that per kilogram of battery weight a battery pack made with CalBattery cells will store 300% more energy than current batteries.

For the same battery pack weight this means the ability to drive 300% as far as with current electric cars, or to have the same driving range as today the battery pack would be about 1/3rd the weight.

"This equates to more than a 300% improvement in lithium-ion battery capacity, and an estimated 70% reduction in lifetime cost for batteries used in consumer electronics, EVs, and grid-scale energy storage," said CalBattery CEO Phil Roberts.

This is based on what the company has dubbed the "GEN3" silicon-graphene composite anode material for lithium-ion batteries. The key to the GEN3 design is use of a breakthrough developed at Argonne National Labs that stabilizes the use of silicon in a lithium battery anode. Silicon is known to absorb lithium better than any other anode material, it quickly deteriorates during use. CalBattery has worked closely with researchers at Argonne and other facilities to develop the new anode material, to integrate it in lithium-ion batteries having multiple cathode and electrolyte materials.

Conventional lithium-ion batteries use graphite-based anodes. CalBattery's silicon-graphite anode is suitable for use with a number of other electrolyte and cathode materials. The superior results of testing at Argonne Labs led the company to believe this new anode could eventually replace traditional anodes used in most lithium-ion batteries today. Further the cost of the resulting batteries would be low enough to be cost competitive with fossil fuels for energy storage.

The company says it is now in the process of fast-tracking commercialization of the GEN3 battery anode technology. Over the next two years they plan to produce and sell silicon-graphene anodes to battery and electric vehicle OEM's around the world, and (in the U.S.) produce a limited supply of specialized batteries for high end applications. The technology could be transformational in the lithium battery market, with cost for lithium-ion batteries dropping to under $175 per kilowatt-hour.

"We believe that our new advanced silicon graphene anode composite material is so good in terms of specific capacity and extended cycle life that it will become a graphite anode 'drop-in' replacement material for anodes in most lithium ion batteries over the next 2-3 years," said Roberts.

Theirs is not the only battery energy density breakthrough in the works. In February, Envia Systems announced a cathode material breakthrough that should double the energy density at 1/4 the cost of current battery technology. In August, GM's CEO Dan Akerson talked about research between GM and Envia Systems developing battery technology which should allow GM to build 200 mile range affordable electric cars in the next two-to-four years. Earlier this year PolyPlus was named Edison Awards finalist on lithium batteries for 500+ mile electric cars. In July, a report from McKinsey and Company predicted that falling electric car prices, driven in part by battery technology improvements, would make electric cars inevitable by 2020-2025.

John Goreham wrote on October 27, 2012 - 7:48pm Permalink
If the costs were the same this might be all it takes to make the EVs work in the marketplace.
AnonymousEV wrote on October 29, 2012 - 6:26am Permalink
This could very well be the tipping point that gives the final killing blow to the modern day gasoline-obsessed culture. It could also finally end the unrealistic dreams of the hugely inefficient "hydrogen economy". Can't wait to see this in production. Either you could get the triple range with the same price or the same range with third of the mass and price.
Anonymous wrote on October 29, 2012 - 8:18am Permalink
true! no electricity cars!!
Anonymous wrote on October 31, 2012 - 10:43am Permalink
Extraordinary claims require extraordinary evidence.
David Herron wrote on October 31, 2012 - 12:28pm Permalink
Well, yes, we do want to see proof. However the way battery improvements work there are occasional huge leaps in capability. The leap from lead-acid to NiMH and NiCD was a 2x improvement, and the leap to Lithium-ion was a 4x improvement over lead. For both those advances there was not an iterative 5% improvement every year, but a dramatic jump, though it did take over 20 years from when lithium batteries were first developed for them to become common in automobiles.
Anonymous wrote on November 7, 2012 - 3:27pm Permalink
True, but this is still Li-ion. Don't let hope cloud reason.
Hopeful wrote on November 2, 2012 - 10:52am Permalink
I hope the results are truly accurate and they have the expertise to fast track the technology to market ASAP.
Anonymous wrote on November 12, 2012 - 9:11pm Permalink
The illustration seems to be incredibly poorly chosen.