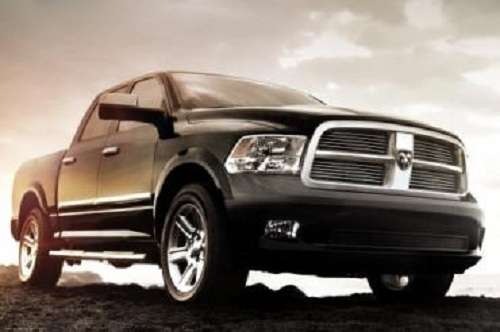 Chrysler is trying to seriously ramp up it's sales and operations in Southern California, which is seen as an extremely important and key market for growth.
Advertisement

Why is this? For anyone who has been to Southern California it may not be surprising that it is considered, “The Car Capitol of the World” (Of course my colleagues based out of Detroit might disagree with that.) Good sales in California usually indicate that sales of your vehicles will be good all over the nation.

"It's a massive market, and it's also very influential." said Reid Bigland, Chrysler's US sales chief.

Chrysler feels that this is vitally important market to have successful sales. Chrysler recently launched an advertising campaign that is centered around California, and the region's advertising budget is quite large.

"You really need to do well in California to have credibility with your products in the rest of the country," commented Reid Bigland, when speaking with The Detroit News.

According to an editorial on MSN Autos, Chrysler has opened a whopping 17 dealerships in California in the last 20 months, showing how much they want to sell cars there.

"We're looking at California as its own unique market unto itself," said Chrysler's Bigland. Mr. Bigland indicated that the California region's sales office has very high status and importance within Chrysler. The California sales division is considered as important as Chrysler's Canadian and Mexican sales divisions. "We're treating it as a unique country." he added. To be honest it is most certainly a key market.

The goal for Chrysler is to raise the amount of Chrysler's vehicle registrations in the state of California to 10 percent by February 2013. Currently it is around a measly 6 percent.

It is important to note that even though Chrysler's California sales increased a surprising 55 percent in 2011, the American automaker still faces enormous challenges in the region.

The most pressing issue facing Chrysler is dealing with the quality issues of its vehicles. Earlier this year Chrysler scored yet again at the bottom of the quality and reliability rankings for Consumer Reports. Chrysler has consistently ranked dead last in Consumer Report's survey for years, which hasn't helped to change potential buyer's quality perceptions.

Another issue that Chrysler will face, Californians are undoubtedly in love with their imports. This won't really come as a surprise since a host of foreign automakers have their US headquarters within the Orange County and Los Angeles areas. This includes Mazda, Kia, Hyundai, Honda, and Toyota. Also there are more automotive design and technical centers in Southern Californian, than any other area in the country.

People in California care about design, quality, and others perception of them. The vehicle you drive is an important issues in this. Currently, the Toyota Prius is the defacto car of choice for any Californian (including celebrities.)

It will be hard for Chrysler to change perceptions of the company's brands.

A sore point for the company is earlier this year when a Chrysler 300C previously owned by Barack Obama, could not find a buyer on eBay. The price was too high, but was the car wrong as well?

If Chrysler wants to win over the hearts and minds of this important automotive region, they might be able to do it with the Fiat 500. Fiat owns a controlling interest in Chrysler and has been selling its microcar in the states for awhile now. It has had moderate success, but has done well in California.

Of course... the Fiat 500 is an Italian car with lots of fun and flair, and is not a Chrysler! Chrysler will need to build and sell small cars under its own brand if it wants to be successful in California.