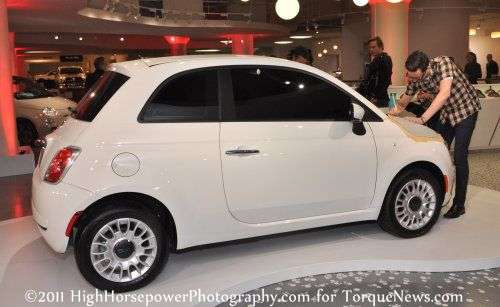 Fiat Dealers Are Diasppointed in Alfa Romeo's US Delays

Fiat dealerships in the United States feel that Alfa Rome's delayed return is a seatback for these dealers, although they have not contract to receive Alfa Romeo cars.
Advertisement

One hundred and two Fiat dealers will have opened stores around the country by the end of this year for the much-touted return of Fiat to the U.S. Fiat’s relaunch in America started in March. At this point they have one vehicle to sell, the Fiat 500, a small vehicle whose huggable character will make it popular with owners who are able to fit their transportation needs into a small package.

While Fiat dealers were not contracted to receive the lineup of Alfa Romeo’s scheduled to start arriving next year when they invested in their dealerships, Fiat and Chrysler CEO Sergio Marchionne told the dealers that they would most likely get the brand.

Alfa Romeo's slated to arrive in the U.S. in 2012 have now been pushed back. The delay in Alfa Romeo’s return to the U.S. has been a setback for these dealers. Most of the Fiat dealers have separate Chrysler dealerships, too, but they were counting on selling Alfa’s to offset the substantial investments they made in separate facilities,
Alfa’s 4C, two-seater, a low volume vehicle will come to the U.S. in 2013. The MiTo subcompact should arrive in 2013, and the Giulietta compact is scheduled for 2014. A rear-wheel-drive large sedan, based on next-generation Maserati Quattroporte is slated to arrive some time after 2014.

But the Giulia mid-sized sedan and wagon, originally scheduled to arrive in 2012, will not arrive until 2014. That is the volume vehicle that would make a difference to the dealers. It would allow dealers to sell a premium vehicle in addition to the Fiat 500 coupe and convertible that would compete with other premium brands like BMW and Audi.

Meanwhile, on the flip side, the rebadged Dodge Journey, renamed the Freemont in Italy under the Fiat banner, is selling like hotcakes, according to Ward’s Auto World. To date dealers have ordered about 20,000 Freemont’s.