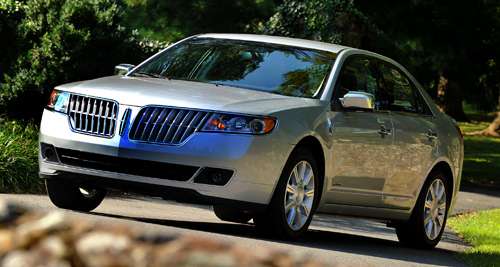 Lincoln dealerships will be required by Ford to do up to $1 million in renovations to their showrooms in two years as Ford makes big plans for the luxury brand's future.
Advertisement

Lincoln dealers will be expected to spend an average of $1 million each for showroom renovations over the next two years. Dealers that carry both Lincoln and Ford franchises may have to renovate to the tune of nearly $2 million.

Lincoln dealers must start the renovation process by the end of the year and have it finished by the end of 2013, or risk being bought out by Ford and losing their franchises.

"The process of rebuilding Lincoln starts now," said Ford CEO Alan Mulally at a meeting in Detroit last week where 120 Lincoln dealerships were invited to hear Ford's plans for reinvigorating the languishing luxury brand. "We're asking you to trust us a bit, just like we asked you to trust us five years ago with the Ford brand," Mulally said.

Ford expects that the announcement will bring Lincoln's dealership count down to about 325 in the top 130 US markets. The number of dealerships in those markets stood at 434 in February, down from 500 in October of 2010.

Lincoln will double its US sales to over 160,000 annually by 2015, according to Ford's projections, with the entire lineup getting extensively revamped by 2014.

The 2013 Lincoln MKZ will be "dramatically different," according to dealer representatives who attended the meeting. It will offer EcoBoost power in the form of a 2.0L 4cyl that's direct-injected and turbocharged, while the MKZ Hybrid will be capable of 47mpg, up from 41 for the pictured 2011 model. The MKS large sedan and MKT crossover get a mid-cycle refresh next year.

There are also plans for Lincoln for a Focus-based small crossover that is, for now, unnamed.