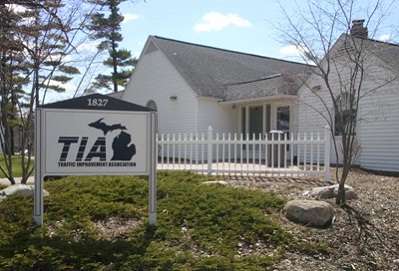 The Traffic Improvement Association, whose efforts have resulted in local roads being three times safer than the national average and two times safer than the state average, has opened a new headquarters. The new site is in Auburn Hills, Mich., to serve drivers and pedestrians in suburban Detroit's Oakland County.
Advertisement

The organization hosted an open house this week at the facility.

The traffic group is about 40 years old and is credited by local officials with dramatically lowering traffic-related deaths, injuries and economic losses in Oakland County.

The county at one time had a traffic death rate that was worse than both state and national averages. But now Oakland County has one of the safest road systems in the world.

“Thanks in part to our mutual efforts, Oakland County has seen a dramatic reduction in traffic-fatality rates over the last 40 years. TIA’s ability to collect and analyze crash data has been a huge element of this effort. We are incredibly fortunate to have TIA as a partner in the fight to improve motorist safety.”

The new HQ provides a larger and more efficient working space than the previous site as well as a centralized location for employees and visitors county-wide. This spacious environment and centrally located location will foster an atmosphere that will foster cooperation among sometimes disparate parties, officials said.

The new headquarters gives the association room for people to work together comfortably under one roof. Work stations for satellite use are available for police. The site is close to Oakland University and Oakland Community College, making resources from those locations more readily available than before because they are right down the street.

“TIA has played a critical role in helping Oakland County move from having one of the worst traffic fatality rates in the nation to one of the best (and) has become one of the leading organizations in the country for collecting and analyzing traffic-crash data,” said L. Brooks Patterson, Oakland County executive.

The association is a non-profit traffic safety agency that serves 70 communities in southeast Michigan. It was created in 1967 by 200 public officials, businessmen and community leaders to engineer roads that prevent death, injury and economic loss caused by car crashes. Its mission is to reduce the damage typically associated with car crashes, while improving the ability to get around county roads. Founders included Michigan State University, Oakland University, Ford Motor Co., General Motors, Chrysler Group and the local road commission.