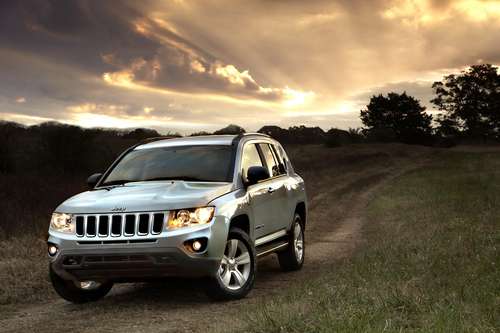 Chrysler cars and trucks sold mad crazy last month, up 27% over year-ago numbers and good enough to be the best October for the Auburn Hills, Mich.-based automaker since 2007. Impact players: The Jeep Compass, Dodge Avenger and Chrysler 200 and 300. Sales of the Compass rose an astounding 566%.
Advertisement

“In what is turning out to be a strong new vehicle sales industry, we continued to outperform,” Reid Bigland, president and CEO / Dodge brand and head of U.S. sales, told reporters today.

Chrysler, Jeep, Dodge, and Ram Truck brands all had sales gains. Chrysler brand did best with a 28% surge, buoyed by a Chrysler 200 405% sales increase. Ram sales brought up the rear with a 21% sales boost.

Jeep sales and Dodge sales both rose 25%. Jeep had its best October since 2006 and its 18th straight month of year-over-year sales gains. It sold 5,179 Compass (pictured) trucks, at 566% higher than before the biggest gain of the month.

Hawke Fracassa covers the auto beat from Detroit. You can reach him at [email protected] and (248) 747-1550. Follow him on Twitter @HawkeFracassa.