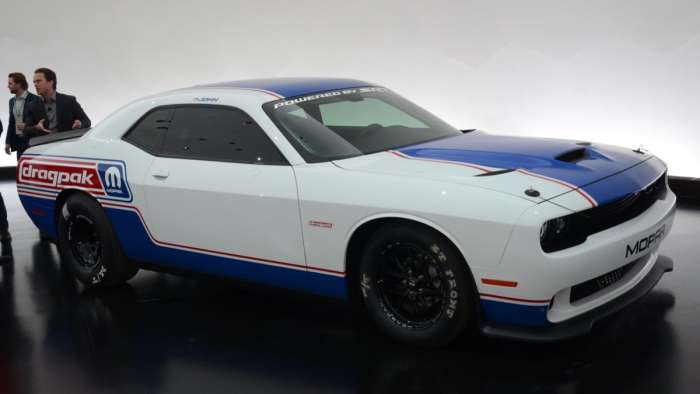 Some enthusiasts were hoping for a new Dodge Challenger road car, leaving them disappointed with the new drag car.
Advertisement

Leading up to the 2019 SEMA Show in Las Vegas, we knew that Mopar was rolling out some sort of Dodge Challenger and many people hoped that it would be a new road car. Some hoped for a road racing package and others hoped for yet another high powered road car, so when Mopar introduced the 4th generation Drag Pak, it was a letdown for some people. They saw the Drag Pak as being more or less the same as the previous generation, so it fell short of their expectations in the big debut. With that in mind, here is why Mopar rolled out a new Dodge Challenger Drag Pak for the 2020 model year.

The 2020 Drag Pak features a new rear differential and new adjustable rear suspension, which should help it get down the track a bit more efficiently, while a new crossmember allows for better weight distribution. It also features a new roll cage that is good for a quarter mile run as quick as 7.50 seconds, which would put it in the hunt with the quickest cars in Factory Showdown, and that is the key concern with this car.

Finally, the 2020 Drag Pak will have a supercharged 354 cubic inch, but we don’t have any engine details. At first, it was assumed that the 4th gen car would use the same 354 engine as the 3rd generation, but Mopar officials have stated that the details of the engine have not been finalized. They may be working to improve on the 3rd generation engine, but we don’t know for sure what will change for 2020.

Why a New Race Car
While the Drag Pak is designed to be a turnkey option for serious drag racers, it is also a key competition in the NHRA Factory Stock Showdown category. Leah Pritchett won a championship last year in the class, but with the new Ford Mustang Cobra Jet providing to be superior to the competition, Mopar needed to step up their game. That is where the 4th generation Challenger Drag Pak comes into play. 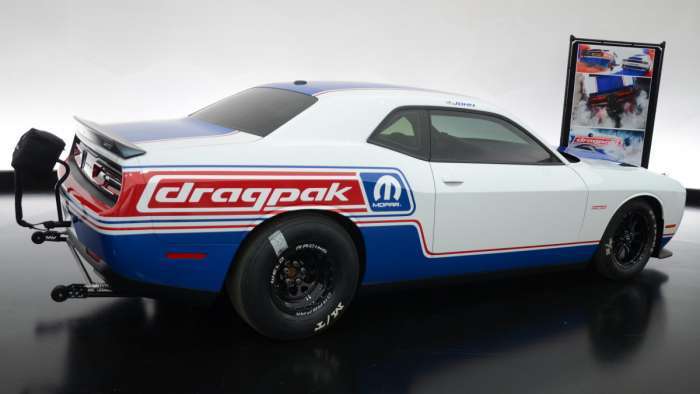 Rather than having the Factory Showdown teams that run the Drag Pak continue to battle the new Mustang with an older Challenger, Mopar has cooked up a new car that will hopefully get the Dodge teams back to the top of the class – along with the top of other classes in the various racing divisions.

Ben Braddock wrote on November 7, 2019 - 11:21pm Permalink
Only building 50 is not “a(n) option for serious drag racers.” It’s a cash grab from rich suckers at the expense of the average Mopar enthusiast and a poor attempt at a halo car leaving the vast majority of Mopar fan underwhelmed at best and feeling marginalized at worst.