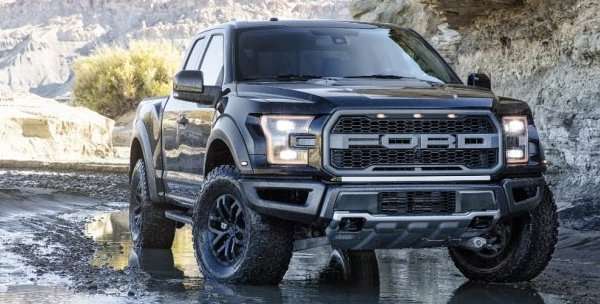 Start/Stop Technology in the Ford F150 Should Be Embraced

Ford Motor Company has announced that all 2017 F150 pickups with an EcoBoost engine and while some people will complain about too much technology increasing the cost to consumers – this is a simple technology that is spreading across the industry, and it should be embraced.
Advertisement

Start/Stop technology has been around in the world of super-efficient hybrids for quite some time now, but this is fresh technology in the full-size truck world. Ford introduced Start/Stop tech with the current F150 powered by the 2.7L EcoBoost V6, but starting with the 2017 model year, all F150 pickups with any of the EcoBoost engines will feature this fuel-friendly upgrade.

Since this was first announced, I’ve seen some negativity online about the implementation of this technology in the Ford F150, but it seems as though the people opposed to this feature aren’t very familiar with how it works. With that in mind, we bring you a rundown of what this technology does, how it works and why it is a good addition to the F150 lineup.

How Start/Stop Technology Works
Start/Stop technology is as simple as it sounds. It is a system that works with the braking system to save the gasoline burned when the Ford F150 is sitting still in traffic. I have driven the current F150 with the 2.7L EcoBoost V6 and Start/Stop, and it is a great system. When you come to a complete stop with the truck in drive and rear-drive mode, the engine quickly shuts itself off. As soon as you begin to lift your foot off of the brake pedal, the system detects it and starts the engine back up incredibly quickly. Really, as quickly as you can move your foot from the brake pedal to the gas pedal to drive away, the engine is back up and running – ready to go. Since the engine is off in the same manner that it is off when parked in your driveway, the start time is significantly quicker than starting the truck up from being completely shut off.

The 2017 Ford F150 Start/Stop tech will be offered in all EcoBoost-equipped trucks, meaning that the 2.7L V6, the “normal” 3.5L V6 and the high performance 3.5L V6 in the new Raptor will all feature this fuel-saving technology. For those who really don’t like it, there is a switch that allows you to disable the system altogether, but since there is really no downside to the system – I wouldn’t see why any driver would really want to shut if off under normal driving circumstances.

Also, in more extreme driving situations – such as towing, hauling or driving in four wheel drive – the 2017 F150 will automatically disable the system.

Studies have shown that a tremendous amount of gasoline is wasted idling in traffic. When these vehicles are idling, they are not only wasting gas, but they are also contributing to the amount of greenhouse gases in the atmosphere. Start/Stop technology cuts down on that negative impact as well, so it helps the environment and it will save owners money at the gas pump.