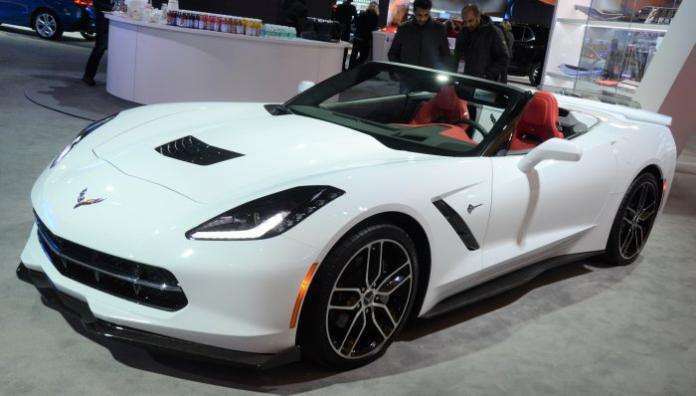 While the 4th of July falls on a Tuesday, General Motors is offering a 10% discount on the 2017 Chevrolet Corvette Stingray – knocking as much as $8,500 off of the price of the original American sports car for the celebration of our nation’s independence from England.
Advertisement

The Chevrolet Corvette hit the market back in 1953 and while the legendary sports car skipped a model year in 1983, no automotive nameplate has been available for as long as the Corvette. It is one of the most recognizable American nameplates in the global automotive community while also being among the best performing sports cars in the world. Ford might sell more Mustangs abroad, but there is no question that the Corvette is the best known American sports car in the world.

The United States will celebrate its independence next Tuesday and on this upcoming 4th of July weekend, prospective buyers can save 10% or opt for 0% financing for 60 months on a new 2017 Chevrolet Corvette Stingray. Really, this is just a way for Chevrolet to burn through some inventory of 2017 Corvettes, since the 2018 models aren’t far off, but there is no better reason for a big discount on the ultimate American sports car than for it to coincide with the 4th of July. (Update: The C7 Corvette Inventory Is Diminishing Regardless of Upcoming C8 Reveal.)

The details on this 10% 4th of July discount are somewhat short, but those folks who want to buy a new 2017 Corvette Stingray while saving at least $5,500, head on over to your local Chevrolet dealership for more information. There is a chance that the 0% financing might prove to be a more enticing offer, but if nothing else, the 4th of July sale on Corvettes should save Stingray buyers a fair amount of money at the end of the 2017 model year.

Also See: Corvette Z06 Getting Improved Cooling for 2017 and don't miss fans debating which they would rather buy, 2017 Camaro ZL1 OR the 2017 Corvette Grand Sport.