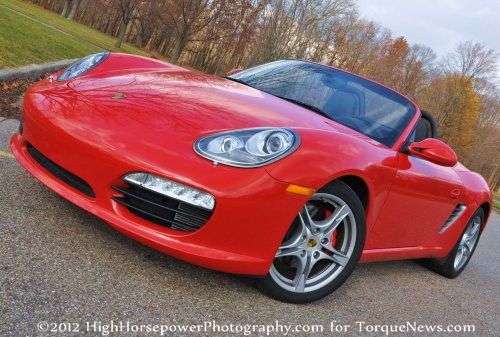 This week, the United Against Nuclear Iran (UANI) group and New York City Public Advocate Bill De Blasio both proudly announced that Porsche AG is pulling all of their operations out of Iran - supporting an effort to force Iran to put an end to their testing and production of nuclear weapon technology.
Advertisement

The statement by Porsche AG announcing that they were leaving Iran was plain and simple – declaring that Porsche is no longer engaged in any sort of business there, including ceasing new car sales and servicing of currently owned vehicle in the country. Porsche is the second global automaker to pull operations out of Iran after UANI and Bill De Blasio began requesting that these companies shut down their divisions doing business in Iran, joining Korean automaker Hyundai.

Now that Porsche and Hyundai have stopped doing business in Iran, there are 11 other automakers currently doing business there but UANI and Bill De Blasio plan to keep on these companies to pull out of Iran. Right now, Fiat, Isuzu, Kia, Mazda, Mitsubishi, Nissan, Peugeot, Renault, Suzuki, Toyota and Volvo are all still operating in Iran but with the rising pressure on these 11 companies to issue embargos on the country, we can expect this effort to continue until the Iranian nuclear program is put to rest.

Working to coerce these automakers into halting business in Iran is the website IranWatchList.com, where consumers can learn more about making their voices heard to these global companies – all of which rely heavily on the American consumer market to exist. You can click here for an interesting page on that website explaining the effort by UANI.

As part of the announcement of Porsche AG leaving Iran, Bill De Blasio offered this comment:
“That's two down, eleven to go. I applaud Porsche for making the right decision. Consumers here have the power to force these companies out of Iran and tighten the screws on Tehran's regime. Our message is clear: you can do business with the Iranian regime or you can do business with the American consumer--but you can't do both.”

While this is a great move by Porsche, losing this high end sports car brand will not have as much of an impact on the Iranian market as some of the other, more affordable automakers doing business in Iran. The average Iranian car buy cannot afford a Porsche so the booming Iranian auto industry will not be crippled by losing Porsche but in supporting this effort, Porsche AG could have an influence on other automakers considering pulling out of Iran. Should more automakers follow – especially higher volume companies like Toyota and Fiat – the embargo could put a stop to the growth of the Iranian auto industry. As more and more consumers around the world speak out against companies doing business in Iran, these automakers will be more likely to leave Iran in order to protect their reputation in other, more important markets.

Aaron Turpen wrote on April 19, 2012 - 12:56am Permalink
Ya, except they're not making or testing nuclear weapons. Woops.