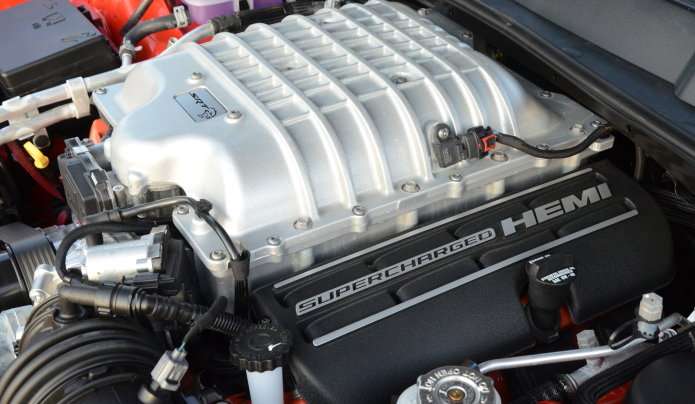 No Hellcat Dodge Challenger, Charger or Chrysler 300 for Australia

It was recently announced that the Brampton Assembly Plant was ending production of right hand drive vehicles, effectively ending any chance of the Australian market getting the Hellcat Hemi in the Chrysler 300, the Dodge Challenger or the Dodge Charger as the company prepares to phase out those brand Down Under.
Advertisement

Australian gearheads love their Mopar muscle cars, but in the modern era of Mopar performance car, only the Chrysler 300 has been offered in the right hand drive configuration required for use Down Under. Australian Mopar fans have long hoped that the Hellcat Challenger or Hellcat Charger and there were rumors that there could be a Hellcat-powered Chrysler 300, but with the end of right hand drive production in Brampton comes the end of the Chrysler and Dodge cars in Australia – essentially guaranteeing that Aussies will not get a Hellcat-powered car in the near future.

No More RHD at Brampton
The route of this issue starts in Canada, where the FCA Brampton Assembly Plant has ended production of the right hand drive Chrysler 300. Right hand drive is required of all new vehicles sold in Australia dealerships, so no RHD 300 production means no more 300 in Australia. The Challenger and Charger already weren’t built with a right-drive layout, but as Brampton ends right hand drive production, there is seemingly no hope of Aussie Mopar fans getting any of the current Mopar muscle cars in their local market.

There have also been rumors that FCA was developing a Hellcat-powered Chrysler 300 SRT for foreign markets, but with the end of the right hand drive program, there is no chance of Australians who current drive the 392 SRT 300 stepping up to a Hellcat 300 in the near future. Hopefully there is still a Hellcat 300 in the works, even if not for the US market, because more Hellcats around the world is always a good way to promote American high performance.

The good news for wealthier Australian Mopar lovers is that they can go through local outlets to import a Hellcat car and convert it to right hand drive, but that is considerably more expensive than buying a car at the local dealership.

There Might Still be an Aussie Hellcat
The other good news is that there still might be a Hellcat for sale at Aussie FCA dealerships, but it won’t be in a car. The Jeep Grand Cherokee SRT is currently offered Down Under with right hand drive, so the vehicle architecture is already available with a right-drive layout. It seems possible that the FCA engineers could make the changes to the American Jeep Trackhawk to offer a similar supercharged package in Australian Jeeps. It will be expensive, but it would be the best option for Australian Mopar lovers to buy a Hellcat-powered vehicle at their local dealership.