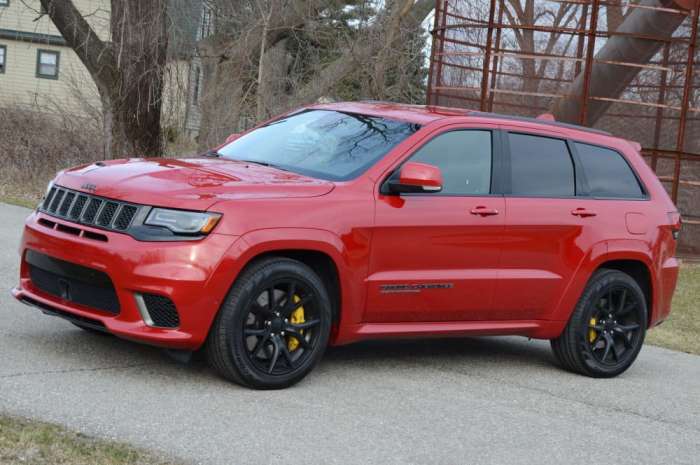 It was announced yesterday that former Dodge boss Tim Kuniskis is taking over the lead position of the Jeep brand and after his success in rolling out a variety of high performance Challengers and Chargers, he could play a key role in improving the performance resume of the Trail Rated brand.
Advertisement

Earlier this year, the Dodge community was rocked to learn of Tim Kuniskis’ departure as he took over the role of running Alfa Romeo and Maserati global, leaving his position at Dodge to be filled by Steve Beahm. As the year went on, company leader Sergio Marchionne suddenly passed away, with Jeep boss Mike Manley stepping into that position atop the FCA empire.

With Manley’s move into Sergio’s position, we knew that there would be some shake-up in the management of the FCA brands and yesterday, that shake-up happened. There were a handful of changes announced, but none are as critical in the US as the appointment of Tim Kuniskis to the head of the Jeep brand. Introducing a leader with such a strong high performance history supports the expectation that more performance models are coming from FCA’s most popular brand.

In short, after transforming the Dodge brand into one of the highest performance lineups in the US market with models like Challenger and Charger, he could inject more go-fast fun into the Jeep brand.

More Jeep Performance
Back in June, FCA rolled out their latest five year plan and there was all sorts of big news for the Jeep brand. Jeep will benefit from 9 new models by 2022, including 10 hybrid models and 4 all-electric vehicles. More importantly for this discussion, the talks back in June revealed that the Trailhawk, Deserthawk and Trackhawk models will be expanding in the coming years.

In theory, the Trailhawk and Deserthawk packages could be applied to pretty much anything in the lineup, but the Trackhawk package is based around the 707-horsepower supercharged Hemi from the Dodge Hellcat cars. It seems likely that any other Jeep to sport the Trackhawk name would also pack monster power, so it seems unlikely that any of the smaller models would get this package (without major changes to the package). However, with the promise of a Wagoneer and Grand Wagoneer on the way, those are two models which could very well include a Trackhawk package with a supercharged Hemi.

In other words, is looks as though there are more “Hellcat powered” Jeeps on the way, so who better to lead the brand through a wave of high performance models than the same man who helped to introduced the Hellcat cars and the modern Demon?

Tim Kuniskis did a masterful job of leading Dodge through the brand’s big power shift and while we certainly don’t expect to see a big shift to supercharged performance from the Jeep brand as a whole – Kuniskis seems like the perfect man for the job of rolling out new a variety of performance models including some supercharged packages.

So, while we don’t know for sure when the next Hellcat Hemi-powered Jeep will arrive, the Trail Rated brand has a new boss who has a world of experience introducing performance models – leading to a bright future for the performance-minded Jeep models.

DeanMcManis wrote on October 4, 2018 - 12:03pm Permalink
It is a no brainer to see a 797HP RedEye Trackhawk option for the fastest Jeep. The upcoming Wagoneer models should also have this option. Although Marchionne was no friend to EVs, it would be a smart move to borrow the Chrysler Pacifica hybrid's technology to offer a plug-in EV Jeep. Honda will soon be releasing their PHEV Pilot, and even though Dodge offers a mild-hybrid option on the Ram (gaining 1-3MPG), Jeep would do well to offer some full plug-in EV models, while expanding their performance models beyond just the TrackHawk, along with updating their mainstay off-road models.
Frank H wrote on October 7, 2018 - 9:43am Permalink
I am hoping that they come out with a Jeep Cherokee SRT.