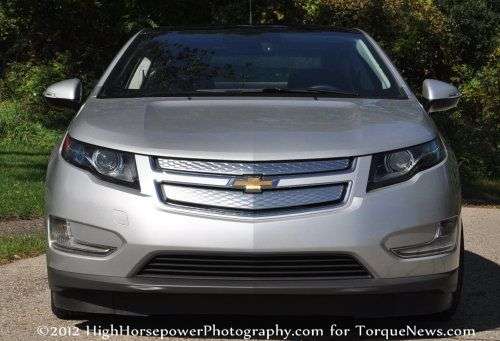 For the folks at General Motors, sales were pretty strong in March 2012 with an increase of 11.8% but with Cadillac and Buick both showing significant year over year declines in growth – things aren’t going as smoothly as CEO Dan Akerson would prefer as the first quarter of 2012 comes to an end.
Advertisement

General Motors showed a company year over year growth of 11.8% in March 2012 but while Chevrolet and GMC both saw sales grow based on a comparison against the same month last year, Cadillac and Buick were among the least successful brands in terms of sales growth. However, with 231,052 vehicles sold – GM was still the largest automaker in the American auto industry.

Chevrolet was the top brand from General Motors in terms of both sales growth (up 16.8%) and sales volume (173,073 vehicles sold) but due to the growth of Toyota and Ford Motor Company in March, Chevrolet slipped to third spot in total monthly sales. The top model from the Bowtie brand in terms of sales growth was once again the innovative Chevy Volt with an increase of 276.5% over last year. The Chevy Malibu was second in terms of growth with a jump of 53.6% as the new 2013 Malibu hits dealerships around the country and the compact Colorado pickup was third in growth with an increase of 42.6%. In terms of sales volume, the Chevrolet Silverado pickup series was the top dog with 36,491 trucks sold last month while the Malibu was second at 23,887 and the compact Cruze was third with 21,607 units sold.

GMC was the second strongest brand from GM in terms of growth with an increase of 12.2% last month compared to March of 2011. The GMC Savana full sized van was the best model among the brand with an increase of 59.5%; followed by the compact Terrain SUV with a jump of 34.3% and the Canyon with an increase of 23%. When it comes to sales volume, the Sierra pickup family was best with 13,849 trucks sold last month while the Terrain was second with 8,461 units sold and the Acadia rounded out the top three with 5,649 large SUVs sold.

The Cadillac brand was third but with a negative growth of 13.4%, the GM luxury arm was one of the worst performance brands in the industry last month in terms of growth. The Cadillac CTS family was one of only two models in the brand to show a positive growth last month with 4,485 sport sedans, sport wagons and coupes accounting for a 14.9% increase over March 2011. The supersized Escalade ESV was second in growth (as the only other model with positive growth) with an increase of just 3.8% while selling 656 units last month. When it comes to sales volume, the CTS was also the top selling model followed by the SRX SUV with 4,143 units sold and the traditional Escalade full sized SUV was third in sales with 1,010 units sold. Cadillac can expect things to pick up (and likely in a very big way) when the new ATS and XTS hit the market later this year.

Last and (in this case, sadly) least is the Buick brand with a decline in growth that was the worst among major brands operating normally in the US with a drop of 16.3%. Each and every model from the Buick brand showed a decline in sales growth compared to the same month last year with the LaCrosse being the best with a decrease of only 12.4%. The good news is that with 2,497 units sold, the new Buick Verano compact sedan is selling fairly well as Buick looks to emerge into the C-segment sedan class. In terms of sales, the LaCrosse was also the best among the affordable luxury brand with 4,237 units sold; followed by the Enclave (3,659 sold) and the Regal (2,609).