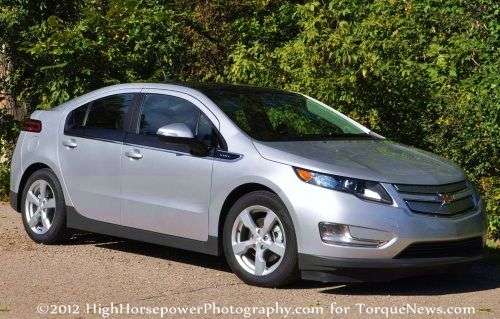 January 2012 was a good month for the majority of the automaker groups operating in the United States but unfortunately – General Motors was the one company who struggled in the first month of the New Year with a negative year over year growth of 6.1%.
Advertisement

While their cross town rivals at the Chrysler Group and Ford Motor Company both had a strong start to 2012, General Motors saw all four of their existing brands show a decline compared to their sales results in the first month of 2011. One key point is that GM had a very strong month in January 2011, selling over 178,000 vehicles and beating their closest competition (Ford) by over 51,000 units. This past month (Jan 2012), GM moved just under 168,000 vehicles so while they were still the top selling automaker in the US, the gap was closed due to the gains made by Ford, Chrysler and Toyota. However, excuses aside, January 2012 was not as good for GM as it was for the rest of the groups selling vehicles in the US.

Chevrolet was the top brand from General Motors in January 2012, posting a negative decline of 1.2%. The top model from Chevrolet in terms of growth rate was the Chevy Volt, which increased by 87.9% in moving 603 units. The Chevrolet Colorado compact pickup was second best in growth with a gain of 30.3% and the Chevy Suburban was third with an improvement of 25.3%. The top performer from Chevrolet in terms of sales volume was, as usual, the Silverado pickup family with 26,850 units sold. The Chevrolet Impala was second with 16,009 large sedans sold and the compact Chevy Cruze was third in sales with 15,049 units sold. One interesting point is that the Chevrolet Sonic, which replaced the Chevy Aveo, sold 5,712 examples last month – accounting for a 108% improvement over the old model. This is a clear sign that the changes made to their subcompact sedan and hatchback have resonated well with the American new car buyer.

The next best from GM in terms of growth was the GMC brand, which showed a negative growth of 9.7% in January 2012. The top model in terms of growth was the GMC Canyon with a gain of 52.6% while the GMC Savana van was the only other model in the lineup with positive growth, with the roomy work horse improving by 16.7%. The top model from GMC in terms of sales volume was the Sierra pickup family with 9,517 trucks sold, followed by the GMC Terrain with 5,649 compact SUVS sold and the Acadia rounded out the top three with 4,870 units sold.

The Buick brand was third in line in terms of growth with a negative change in sales volume of 23.1%. The Buick LaCrosse was the only model in the lineup to show positive growth last month, improving by 6.4% compared to the first stanza of January 2011. The LaCrosse also led in sales volume with 4,013 units sold, followed by the Enclave SUV with 3,124 large SUVS sold and the Buick Regal was third with 1,855 units sold.

Last and almost least was the Cadillac brand, which saw a negative growth in January 2012 of 29.1%. Among the major automotive brands sold in the US, only the Suzuki brand (-41%) saw a bigger decline in January but Cadillac joined a list of other luxury brands including Lexus, Lincoln and Infiniti with declines in growth. Last month, every single model in the Cadillac lineup posted a negative growth with the “best” being the SRX with a drop of only 1.7%. The top Cadillac model in terms of sales was also the SRX with 4,166 midsized SUVs sold last month while the CTS family ranking second with 3,019 sedans, wagons and coupes sold and the Escalade rounded out the top three with 985 full sized SUVs sold. Some of the biggest hits to the Cadillac brand last month were the DTS and STS sedans – both of which are on their way out as they are both replaced by the sleek new XTS flagship sedan. Cadillac can also expect to benefit from the introduction of the new midsized ATS sport sedan later this year.