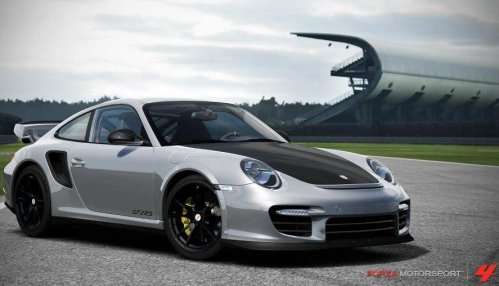 Tomorrow morning, the Porsche Expansion Pack for Forza Motorsport 4 will hit the Xbox Marketplace, finally bringing the Porsche brand to what is arguably the best driving game on the market today and today we have a good look at what is included.
Advertisement

When the Porsche Expansion Pack was announced months back, Forza 4 gamers were promised new cars, new achievements and new Porsche-only events – and with only hours until the debut of the new downloadable content package, we have a complete look at the high performance vehicles included as part of this package.

The new Porsche Expansion Pack includes 30 vehicles from the last 57 years with a wide spread of vehicle types; from a high performance SUV to some of the most well known cars in racing history. Over the past few weeks, Turn 10 Studios has been announcing two of these Porsche models each day with the final models set to be displayed today. However, TorqueNews reader Max sent us this complete list of the vehicles included in the Porsche Expansion Pack with a mix of 12 race cars and 18 road going Porsche models.

Not surprisingly, the Porsche Expansion Pack includes some of the best known vintage road models throughout the company’s legendary history with models like the 959, 944, 914/6 and the 550 Spyder along with modern models including the Cayenne Turbo, the Panamera Turbo, the Boxster and the Cayman. Also, since you can’t have a proper discussion about high performance Porsche models without mention of the fabled 911 – there are a wide variety of 911 models ranging from 1973 to 2012. Interestingly, what we don’t see on the list is the Porsche 918 hybrid supercar or the new 2013 Boxster but perhaps they have held off on those until future monthly car packs.

The group of race-only models coming to Forza Motorsport 4 via the Porsche Expansion Pack is a little less diverse than the road models but when you look at the history of Porsche racing – this downloadable content pack contains all of the most successful racing versions. This selection of 12 Porsche race cars contains 9 different 911 race models and 3 LeMans Prototype cars dating back to the late 1980s.

In addition to gamers being able to buy these 30 new Porsche models in the Forza Motorsport 4 dealership area, those who purchase the pack can expect to see these vehicles show up in the AI fields during gameplay. Turn 10 also mentions that Porsche models will be Forza 4 level-up reward system but that will have little impact on those of us who are well beyond the range of getting free cars for leveling up. however, those who are just getting into Forza 4 will likely win a Porsche or two while leveling up as they progress through the career mode.

The Porsche Expansion Pack will also include 20 new events keyed specifically to these newly added Porsche models. If I were to guess, I would expect an event series focusing on the Porsche road models (something with an S Class limit) along with a series for the race models with a much higher class limit. There may also be some sort of 911 shootout considering that the Porsche pack adds 18 911 models.

The Porsche Expansion Pack will arrive in the Xbox Marketplace tomorrow morning and will carry a price of 1,600 Microsoft points ($20 US dollars). Just a reminder for those Season Pass holders – it has expired and from here on out, FM4 Season Pass holders have to buy all of the car packs like common schleps. As an avid Forza 4 gamer I will keep you all updated on all of the features included in the Porsche Expansion Pack so stay tuned!