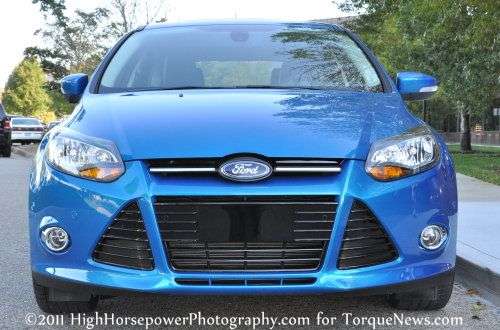 Ford shows no growth in a rough May 2011

May 2011 was a month hit hard by the Japanese earthquake and tsunami, causing shortages of all sorts and in this rough month, Ford Motor Company showed negative growth – although Ford did better than did most major automaker groups operating in the USA.
Advertisement

While the American automakers were hit nowhere near as hard as their Japanese counterparts but with a handful of electric and paint shortages, Ford was affected by the Japanese disasters. Because of this and a general decline in the market, Ford posted a negative growth in May 2011 but at just -0.08%, Ford’s loss of footing was still better than what was reported by GM, Nissan, American Honda and Toyota.

As always, the Ford F-Series was the top model in terms of sales with 42,399 trucks sold but even the F-Series felt the impact of the slow month (likely combined with rising fuel prices), showing a drop of 15% from last year. The Ford Fusion was the bestselling car from the Ford brand (2nd overall compared to the F-Series) with 24,666 sedans sold followed up by the Escape SUV with 23,140 units sold.

The Lincoln brand once again showed a negative growth in the absence of the Mercury brand but with a loss of under 5%, Ford’s luxury brand did better than many of its competitors like Lexus, Infiniti and Cadillac in terms of growth. The cousin to the Ford Fusion, the Lincoln MKZ, was the top model in terms of growth as the luxury mid-sized sedan posted a growth of 24%. Unfortunately, the flagship MKS had a rough month dropping by 42% and even the improvements by the Town Car (9%) and the MKX (2%) weren’t enough to get the luxury brand into the realm of positive growth. The MKZ was also the brand’s top selling model with 2,523 units sold, followed by the MKX with 1,734 units sold and the good’ol Lincoln Town Car coming in third with 1,223 sedans sold.

While things might have been down for Ford in May 2011, they can expect to see their popular, fuel friendly models like the Fusion, Fiesta and Taurus continue to remain popular as fuel prices climb through the summer.

Other May 2011 Sales News:
Chrysler leads the Big 3 in May 2011 growth
Camaro leads in May 2011 as segment sales slow
The Nissan Leaf easily outsells the Chevy Volt in May 2011
Tacoma, Scion tC bright spots in Toyota May sales results