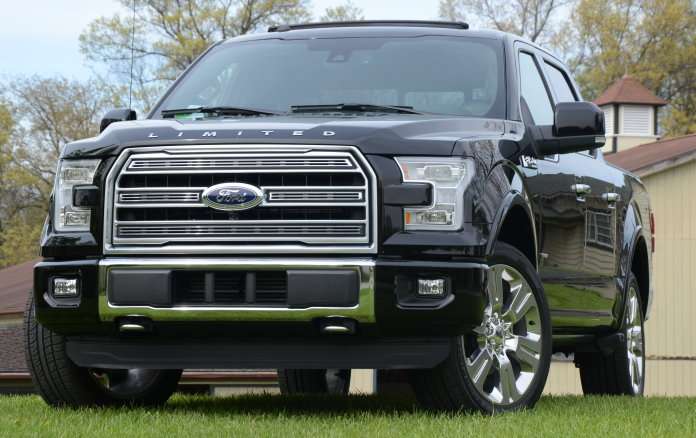 Ford Motor Company has announced a recall of the 2016 F150 and the 2016 Explorer over a concern that a bolt for the front power seat adjuster may fall out – leading to an increased risk of injury in the event of an accident.
Advertisement

The 2016 Ford F150 and the 2016 Ford Explorer are offered with power adjustable seats on premium models and as an upgrade on less expensive models. Unfortunately, select examples of the F150 and Explorer with those power adjustable seats are being recalled over a concern that a bolt in the adjusting system could loosen and fall out. Should a bolt fall out of the seat adjuster assembly, the seat could more in an unexpected manner in the event of a collision.

2016 F150, Explorer Recall Campaign 17S40
This new recall – labeled recall campaign 17S40 - affects 202,274 examples of the 2016 F150 and the 2016 Explorer in North America, with 177,264 in the US, 22,620 in Canada and 2,390 in Mexico. F150 pickups included in the recall were built between January 22nd 2016 and April 19th 2016 at the Dearborn Assembly Plant or at the Kansas City Assembly Plant. The Explorers included in the recall were built during the same period of time at the Chicago Assembly Plant, so if you have an F150 or Explorer built at one of those three plants in that date range – your Ford vehicle will likely be included in the recall. Of course, if you don’t have power seats, you are safe from this recall.

In the affected vehicles, the “upper left-hand pivot bolt for the front power seat adjuster” in these F150s and Explorers could work loose over time. Whether it just becomes loose or if it falls out completely, the seat adjuster may not provide proper support in the event of a crash. In other words, without the bolt there, if you hit a tree with your vehicle, the seat could shift suddenly and that could lead to increased injuries. The safety restraint systems are designed to work with the driver and front passenger in specific positions, but the failing seat adjuster could put the occupants in unusual positions during a crash.

Fortunately, Ford has not received any reports of accidents stemming from this problem in the 2016 F150 and Explorer, so the company has seemingly caught the problem before any owners were hurt as a result.

The Fix
To fix the problem with the 2016 F150 and Explorer, the dealership technician will check the torque of the problematic bolts. If the torque spec is correct, the bolt will be removed, cleaned and reinstalled with threadlock material (essentially bolt-glue) added for extra protection. If the bolt does not have the proper torque spec, the technician will do the same thing until the truck can come back for the final fix – which is not yet available.

The permanent fix includes replacement of the seat lift link, with new bushings and fasteners which are not prone to working themselves loose. However, since these replacement parts aren’t available yet, the company will glue the bolts in place until the full fix is ready.