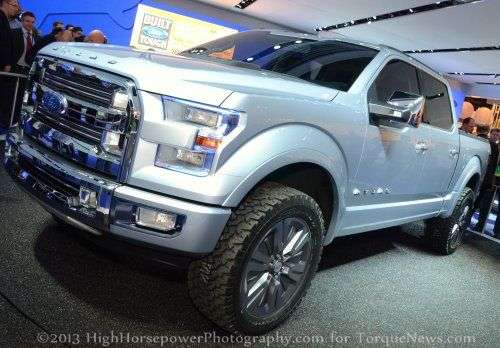 Ford Motor Company announced their financial results for the first quarter of 2013 and the numbers are incredible – with a new North American quarterly profit record of over $2.4 billion dollars accompanied by gains across the board.
Advertisement

In looking over the financial results from Ford Motor Company for the first quarter (Q1) of 2013, Ford’s quarterly records are particularly impressive with the current struggles in the European and South American. In Europe, Ford posted a $462 million loss while the South American operations accounted for a pre-tax loss of $218 million. Luckily, that combined loss of $680 million dollars is countered by Ford Motor Company posting a quarterly record profit in North America along with some help from the booming Chinese segment.

Through the first three months of 2013, Ford Motor Company posted pretax profits in North America of $2.442 billion dollars; an increase of $309 million over the first quarter of 2012. That is the highest profit figure by any automaker in the history of the American auto industry in any quarter. The previous record had been the third quarter of 2012 when Ford posted a net income of $2.33 billion. Aiding the record profit figure over the past few months was North American revenues of $22.3 billion – up $3.7 billion from the first quarter of 2012.

“Our strong first quarter results provide further proof that our One Ford plan continues to deliver,” said Alan Mulally, Ford president and CEO. “Our plan remains centered on serving customers in all markets around the world with a full family of vehicles — small, medium and large; cars, utilities and trucks — each with the very best quality, fuel efficiency, safety, smart design and value.”

The bottom line for the Ford Motor Company in the first quarter of 2013 is net income of $1.643 billion dollars and global revenue of $33.9 billion. On the net income side of things, the company recognized a $194 million drop due to the struggles in the European and South American markets but despite those troubles abroad – Ford still posted an increase in revenue of $3.4 billion dollars.

Even with the struggling European auto industry, Ford Motor Company continues to thrive enough in other markets – most importantly the North American market – to post record numbers. While the slump in Europe could continue well on through this year, the positive direction of Ford products in both the US and China indicates that the Motor Company will almost certainly post its fifth straight year of net profits after posting some $30 billion in losses in 2006, 2007 and 2008. The most vital markets for every automaker in the world right now (especially with the deepening European recession) are the United States and China regions. The fact that Ford is doing so well in these two key markets shows that Ford Motor Company is making all of the right moves and when our friends in Europe pull out of the financial nose dive – Ford will most likely head back to making money there as well.