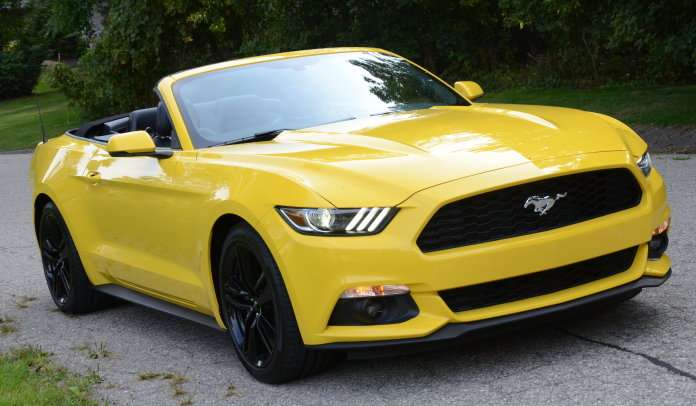 Due to undesirably high inventory levels, Ford Motor Company will stop Ford Mustang production for two weeks in order to let dealers work down the current numbers before sending out more inventory – and the Mustang isn’t the only vehicle from FoMoCo facing this unexpected production downtime.
Advertisement

In the modern American auto industry, automakers like the have 65-70 days of inventory of most models, meaning that there are enough of a given vehicle at dealerships around the country to satisfy 65-70 average sales days without any additional factory supply. Ford dealerships around the country currently have 111 days’ worth of Mustangs – nearly double the inventory size that the automaker would prefer to carry – and the Mustang is joined by a list of other popular models with excess inventory.

Downtime at Five Plants in the US and Mexico
The Ford Mustang and the Lincoln Continental are both built at Ford’s Flat Rock Assembly Plant in Michigan and with these two models having the biggest inventory levels – 111 days for the Mustang and 162 days for the Continental – Flat Rock will stop building cars there for two weeks.

In total, the five plants will face ten weeks of unscheduled downtime as the company halts production to reduce inventory levels. Overall, this is not good news, as rising inventory levels highlight slowed sales of these models, but in halting production, the company can prevent piling more vehicles into dealer lots – which in turn leads to high discounts and lower prices on new vehicles.

Unplanned downtime to reduce unfavorably high inventory levels isn’t good, but it would be far worse for Ford to keep building vehicles like the Mustang, the Focus, the Fusion and the Continental while there are already too many at dealerships.