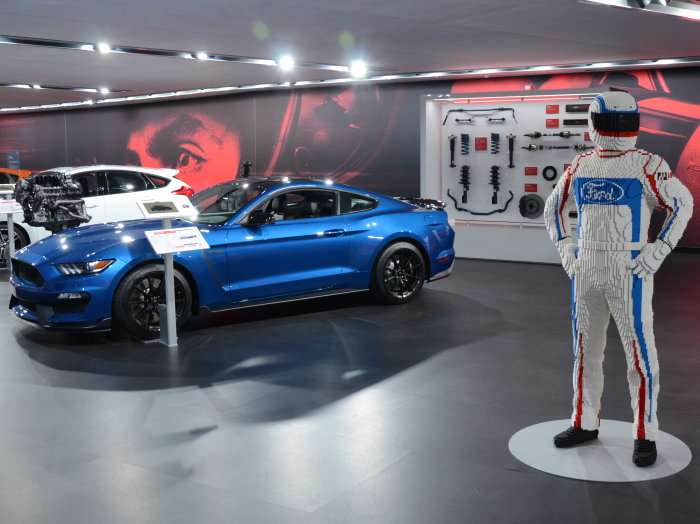 Sales of the American muscle cars were particularly slow in January 2018, with the Ford Mustang leading the segment, the Dodge Challenger coming in second and the Camaro finishing third while posting the worst monthly sales figures since the Chevy muscle car returned in 2009.
Advertisement

If you look at sales charts for the Ford Mustang, Dodge Challenger and Chevrolet Camaro over the past five years, January is typically one of the worst months of the year for the American muscle cars. With winter weather putting an end to the muscle car fun in most American states, January sales generally skew towards trucks and SUVs, but January 2018 as a particularly bad month for America’s favorite performance cars – with 11,004 units sold being the worst month for the segment since I started charting muscle car sales at the beginning of 2012. The next-worst month since 2012 came in January 2014, when only 11,072 muscle cars were sold in the USA.

However, while the month was bad for all three muscle cars, it was the worst for the Camaro.

The Mustang Starts with a Win
After taking the annual muscle car sales title in 2017, the Ford Mustang started 2018 with a monthly sales win. With 4,732 units sold, the Mustang beat the second-place Dodge Challenger by some 1,300 units, but it still wasn’t a great month for Ford’s popular pony. January 2018 was the worst first-month of the year for the Mustang since 2014 while also being the first time that Ford has sold less than 5,000 Mustangs in a month since October of 2014.

In other words, January 2018 was the worst month since the S550 Mustang went on sale late in 2014, but Ford still sold enough cars to lead the sluggish segment.

At the same time, Challenger sales were still fairly slow last month with just 3,405 units sold. That puts the Dodge well behind the Mustang, but it managed to beat the Chevrolet Camaro by a comfortable margin.

The Camaro is Really Struggling
And that brings us to the ugliest muscle car sales news we have covered in years – January 2018 Camaro sales.

Last month, Chevrolet only sold 2,867 examples of the Camaro. That is the worst sales month for the Camaro since it returned in late 2009 as a 2010 model year vehicle and based on what I have found, it is the first time that the Camaro sold less than 3,000 units in a month during the 5th or 6th generation.

In short, January 2018 was the worst sales month for the modern era of the Camaro, but it was also one of the worst sales totals for any of the muscle cars in the past few years. To be exact, in the years that I have been covering the muscle car segment sales race, the Mustang has never sold fewer than 3,000 units. The last time that the Challenger dipped below 3,000 units was back in January 2014, so in the past four years, the Camaro’s January sales total is the worst in the segment.

It will be interesting to see what Chevrolet does to boost Camaro sales, but the company is going to need to do something, as sales of the 6th gen model have been bad and they are getting worse.