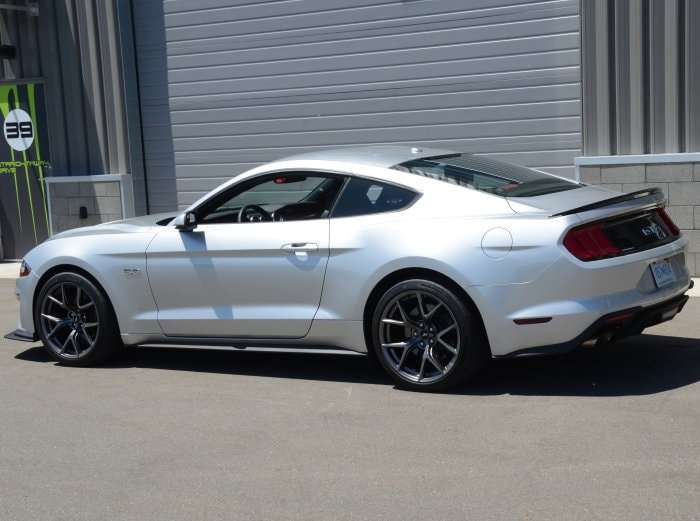 Sales numbers from July 2018 are in and for the 5th month in a row, the Ford Mustang is the bestselling muscle car (and the bestselling 2-door sporty car) in the United States – leading the Dodge Challenger by roughly 1,100 units.
Advertisement

2018 has not been a great year for the American muscle cars as a group, with a fairly significant drop in overall sales volume compared to the same period in each of the past two years. The Dodge Challenger continues to post the strongest growth of the three, but the Ford Mustang keeps on posting the strongest monthly sales numbers. July marks the 5th straight month and the 6th time in the 7 months in which the Mustang has been the bestselling muscle car, pony car or whatever other name you want to apply to the group of mid-sized, sporty 2-door cars sold in the USA.

July Muscle Car Sales
In July 2018, Ford sold 5,934 examples of the Mustang while Dodge sold 4,837 examples of the Challenger. Chevrolet has gone to a quarterly sales reporting system, so we can no longer include the Camaro in our monthly muscle car report, but you can get a look at the sales numbers for the first half of the year for all three cars by clicking here.

Based on our math from the first half of the year, the Chevrolet Camaro has averaged about 4,230 units sold each month, so based on that rate, it would have struggled to compete with the Mustang and Challenger in July, but the bottom line here is that once again – Ford leads the way in muscle car/pony car/2-door sporty car sales in the United States.

Annual Race
While another monthly win for the Mustang has allowed Ford to build on its lead in the annual sales race, the Dodge Challenger is still within striking distance with 5 months left on the year. Right now, the Mustang holds a lead of about 6,000 units over the Challenger. That is a significant margin; one that will be hard for the Challenger to overcome, but it isn’t impossible. With the pending arrival of the new Hellcat Redeye with 797 horsepower, the 2019 Hellcat Challenger with 717 horsepower and the new widebody Scat Pack, Dodge is likely to see a spike in sales over the next few months.

It seems unlikely that the Mustang will slip from the top spot, but if sales slip for Ford while they claim for Dodge, the Challenger could make a run at the title as we near the end of 2018.

On the other hand, with the Camaro trailing the other two cars by 12,000-17,000 units after the first half of the year, it is almost guaranteed that Chevrolet will have to settle for third in the annual muscle car sales race. Yes, a big jump in Camaro sales could help it jump ahead of the Challenger, but with sales numbers of the Chevy muscle car being so low this year (and last), third place seems like a lock for GM in this battle.

Elon Makes a Cybertruck Statement With an Action, But Quiet in Words
Tesla's Record Month in China: Doubled Registrations in March 2021
END_OF_DOCUMENT_TOKEN_TO_BE_REPLACED