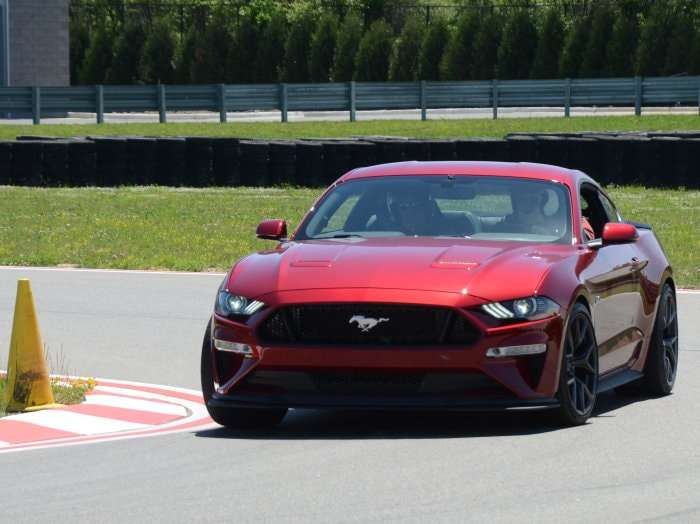 The sales numbers for June 2018 are in and as expected, the Ford Mustang leads the race for the annual muscle car sales title, leading the Dodge Challenger by about 5,000 units while the Chevrolet Camaro continues to fall far behind the cross-town rivals.
Advertisement

Back in April, General Motors announced that they would begin reporting their US sales on a quarterly basis rather than a monthly basis, so our past two monthly muscle car sales reports have only included the Ford Mustang and the Dodge Challenger. GM issued their quarter sales report today, but it is not broken down by month, so rather than focusing strictly on June, today we will look at the numbers for the second quarter of the year as well as the first half of 2018 as a whole.

Mustang Wins June
For those Ford and Dodge fans who are keeping track of that duel, the Mustang once again won in June 2018, moving 7,400 units to the Challenger’s 6,822. That gives the Mustang its fifth win in six months this year, with the Challenger claiming February, so based on the month-by-month battle, the Mustang is dominating the segment.

Q2 US Muscle Car Sales
Since Chevrolet Camaro sales are now reported by quarter, this is the first time that we will look at quarterly sales from the muscle car segment. In the months of April, May and June of 2018, Chevrolet sold 13,588 examples of the Camaro for an average of about 4,530 units each month. The Dodge Challenger moved 19,719 units for an average of 6,573 cars per month and with 23,264 units sold, the Ford Mustang led muscle car sales during the second quarter of 2018 with an average of 7,755 units per month.

Annual Sales
During the first half of 2018, the Ford Mustang leads the way with 42,428 units sold while the Dodge Challenger is a close second with 37,367 units sold thus far, so the Dodge is within a reasonable distance of the leader and with some strong months during the second half of the year, it is feasible for the Challenger to catch the Mustang.

It isn’t likely, but it is feasible. With the introduction of the new 797-horsepower Hellcat Redeye, Dodge is guaranteed to see a boom in sales over the next few months. This will allow it to close the gap, but we will have to wait and see if the Dodge can climb into the top spot later this year.

On the other hand, the Chevrolet Camaro has moved just 25,380 units during the first half of the year, trailing the second place Challenger by nearly 12,000 units. Without some massive change in the current sales trends, there is no chance that the Chevy will catch up to the Dodge or Ford, so right now, it looks like the Camaro will finish third in annual muscle car sales for 2018. Yes, it is a little early to be making that assumption, but with Camaro sales being so low while Challenger sales continue to climb – it is incredibly unlikely that the Chevy will make a late run to get out of the basement.