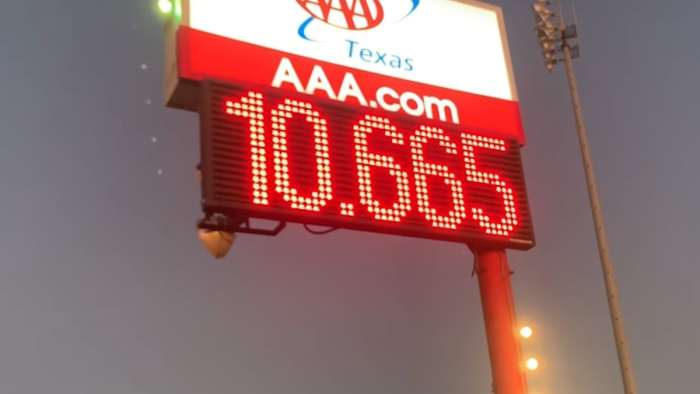 The 2020 Ford Mustang Shelby GT500 owned by the YouTuber Speed Phenom is believed to be one of the first few delivered in the world and he has already been to the drag strip, running an impressive 10.66 in fully-stock form.
Advertisement

When Ford Motor Company introduced the next chapter in the story of the fabled Shelby GT500 Mustang, the automotive world knew that it was going to be quick. When we learned that it had 760 horsepower and a standard dual-clutch automatic transmission, some Ford fans suggested that it might be able to beat the 797-horsepower Dodge Challenger SRT Hellcat Redeye in a drag race. However, with “only” 625 lb-ft of torque and a higher-than-expected curb weight of 4,225 pounds, a race between the GT500 and the Redeye didn’t have an obvious winner on paper.

Fortunately, when YouTuber Speed Phenom was driving his 2020 Shelby GT500 Mustang back to Southern California from the dealership in Michigan, he stopped at a drag strip in Texas. With some help from veteran racers at the track, the young Shelby Mustang owner was able to turn out some pretty impressive times – times that rival those of the Redeye Challenger.

First GT500 at the Track
If you have followed the reviews of the new Ford Shelby GT500 Mustang, you likely know that hot shoe reviewer and pro Mustang drag racer Evan Smith ran a 10.61 with one of the preproduction test cars. Smith knows how to go fast on the drag strip and he proved that with the new Shelby Mustang. That 10.61 is easily quick enough to challenge the Dodge Challenger Hellcat Redeye, but that number was run in a controlled environment by a professional driver who is known for setting insane records with street cars. Smith run left many people wondering what a privately owned GT500 would run with someone who isn’t a pro at the wheel.

Fortunately, YouTuber Speed Phenom was one of the first people in the world to take delivery of a new 2020 Mustang GT500. He may have been the very first, but we don’t know that for sure. He was definitely the first owner to make it publicly known, so as far as we know, this young Ford lover was the first GT500 buyer in the world to receive his car.

After picking the car up in Michigan, he began the long drive to his home in Southern California. Along the way, he stopped in Texas for a private drag strip rental. He started off the day with a passenger providing some key information on how to drag race, running in the 10.90s. Without a passenger, he ran in the 10.70s before lowering his tire pressure, at which point he ran a 10.66 at 132.96 miles per hour.

Since these are the only quarter mile times for a privately owned GT500, his best number is officially the world record, but he has set the bar high with a strong number. This inexperienced drag racer, albeit in good air and on a good track, ran within a half-tenth of a second of Evan Smith’s number. You can check out the Speed Phenom track video below.

We are likely to see quicker stock times for the GT500 as more owners take delivery of their cars and get some seat time. Once some of those owners get drag radials, we expect to see times dip into the lower 10-second range and with some basic upgrades such as a pulley and a tune, we can expect to see new GT500s in the 9s.

Battling the Redeye
The 2020 Ford Mustang Shelby GT500 has proven itself of being capable of running 10.60s in good air with the stock tires. Those numbers are possible with the Challenger Redeye, but the Dodge comes with a much lower quality stock tire. Because of that, many Redeye owners quickly upgrade to something stickier and few bother to run on the stock Pirelli tires. As a result, we are likely to see quicker stock times for the GT500 than the Redeye, as the Shelby Mustang has a big advantage with the Michelin tires. 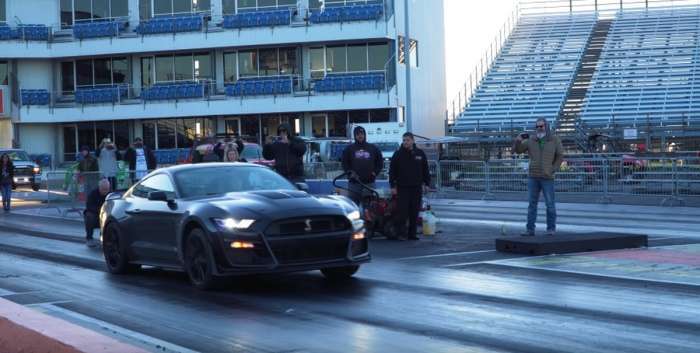 However, Redeyes with drag radials are running in the low 10s, which is where we expect the GT500 to be with drag radials. In other words, a drag race between the new GT500 and the Hellcat Challenger Redeye should come down to a driver’s race, with the launch making all the difference in who wins. A Redeye with good tires should be able to beat the GT500 with stock tires. When both cars have drag radials, every race will come down to who gets out of the hole harder.

It is a great time to be a fan of the American muscle car.

DeanMcManis wrote on December 8, 2019 - 1:19am Permalink
Evan Smith is an amazing drag racer. But I give a lot of credit to the Ford engineers to have a newbie driver pull a 10.66 1/4 mile at nearly 133MPH with a factory-stock GT500. Often times having tons of power and stock tires results in no traction, and the tires simply going up in smoke, with a resulting slow 1/4 mile time. Usually cars with this much power and RWD absolutely NEED drag radials or slicks to get the needed traction for decent 1/4 mile times. But not with the new GT500! And with drag radials these 1/4 mile times will undoubtedly drop even further. Plus unlike the dedicated drag racing Demon, the GT500 promises to perform in the corners as well. So it may actually rival the lighter-but-similarly powered C7 Corvette ZR1, and the less powerful, but great handling Camaro ZL1 with the 1LE track package. It is pretty certain that the heavier Challenger Hellcat Redeye will be slower in the corners, even with the widebody package. And the other American car that matches these superpowered Ponycars in the 1/4 mile running 10:60s and 10:50s is the Tesla Model S Performance. The fact that there are so many new American performance cars that cost under $100K that can accelerate like an exotic European supercars is an amazing achievement. And equally exciting is the new $60K Corvette that runs to 60MPH in 3 seconds and an 11.1 sec 1/4 mile, out of the box. And that's the base model, with more powerful versions due soon. But for this story, kudos to Ford for their amazing, new GT500!