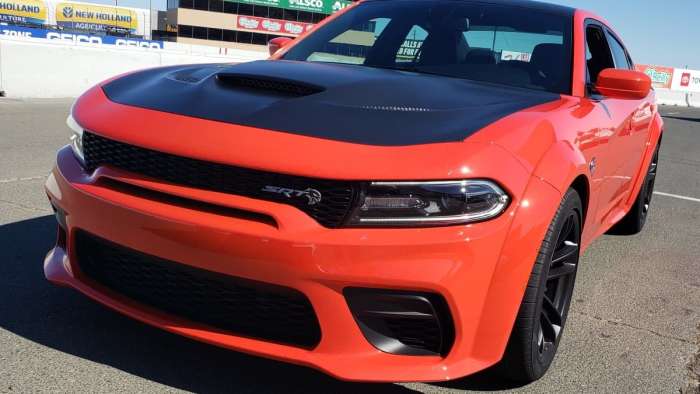 While we still believe that a Dodge Charger SRT Hellcat Redeye is coming in the future, an industry expert points out that the brand doesn’t really need a stronger version of their unrivaled super-sedan.
Advertisement

Last month, we did a piece addressing the many questions that we have received about a Dodge Charger SRT Hellcat Redeye. The automaker hasn’t said anything about the existence of a Redeye Charger, but with the sedan seemingly following the progression of the Challenger, a Redeye would be the next logical step. Also, the same insiders who provided me with early information on the widebody Charger said that a Redeye would be coming in the future, but they didn’t say exactly when it would be coming. In short, I believe that we will see a Hellcat Charger with a bunch more power, but it could be more than a year away from hitting dealerships.

However, after that report back in October, an industry expert who prefers to remain anonymous reached out to me to share his views. These views weren’t intended to refute the possibilities of a Redeye Charger but rather, serve as a sort of counterpoint to my belief that the sedan is following the progression of the Challenger. 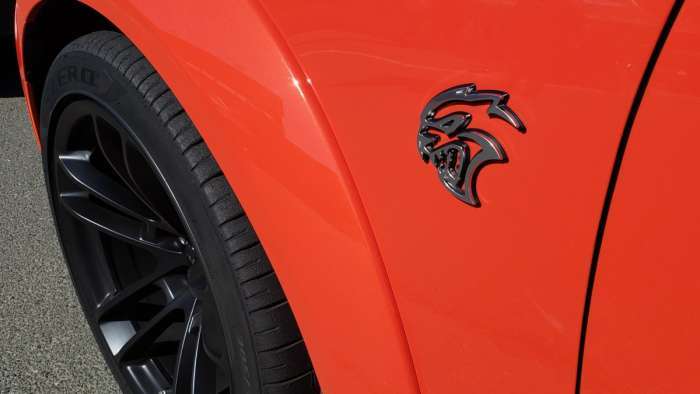 Challenger and Charger Progression Timeline
Setting aside the insider information that suggests that a Dodge Charger SRT Hellcat Redeye is coming sooner or later, here is a look at the progression timeline that I believe points to a 797-horsepower sedan in the future.

Based on this timeline, the arrival of a Dodge Charger SRT Hellcat Redeye sometime in the middle of 2020 for the 2021 model year would fit perfectly with the previous progression.

The Expert’s Counterpoint
The industry expert who reached out to me opened by pointing out that when Dodge introduced the launched the Dodge Challenger SRT Hellcat Redeye with 797 horsepower, the brand was doing more than just answering consumer demand for something with more power than the standard Hellcat with 707 horsepower. Dodge knew that the Chevrolet Corvette ZR1 and Ford Mustang Shelby GT500 were both on their way, and the Dodge execs knew that these two cars would likely have more power than the original Hellcat cars. 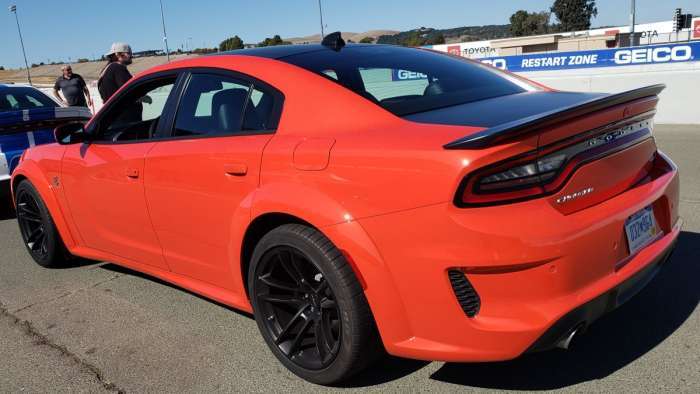 Dodge wanted to stay on top of the horsepower wars, so they introduced the Redeye with 797 horsepower and the belief that neither the C7 ZR1 nor the new GT500 would have more power than that. Neither of those cars have more power than the Redeye, so Dodge achieved their goal of remaining the American automaker with the most powerful production road car. Had Dodge stuck with the 707- or 717-horsepower Challenger, the GT500 Mustang would now have the title of America’s most powerful production road car. More importantly, it would also be the most powerful car in that segment, but thanks to the Redeye, Dodge continues to lead the horsepower war.

On the other hand, the current Dodge Charger SRT Hellcat is unrivaled in the sport segment sedan. There are no American production sedans that come close to the power levels of the Hellcat Charger. In fact, there are no sedans from any automaker in the world with a sedan that packs the power of the current Charger, and there doesn’t appear to be any great threats on the horizon. This means that the Charger’s place atop the global sport sedan battle is safe, without a Redeye model.

Enter, Model S
The individual who reached out to me is absolutely correct with his counterpoints. There is less marketing value in the Charger simply matching or beating the Challenger to be the most powerful American production car, and it is already the most powerful sedan. However, it isn’t fair to say that the current Hellcat Charger is unrivaled in terms of performance. While it technically packs less power, the all-electric Tesla Model S Performance with Ludicrous Mode is quicker, stock-for-stock, than the 707-horsepower Dodge sedan.

Over the past few years, Dodge has made it very clear that their brand is the King of the Drag Strip. The 2018 Challenger Demon is officially the quickest production road car ever, running in the high-9s in stock form. The Challenger 1320 is the quickest naturally aspirated production road car on sale today, with quarter mile times in the mid-11s. Of course, the original Hellcat Challenger and Charger are among the quickest stock production cars, running in the low-11s with the stock Pirelli tires. The new widebody Charger is expected to run in the high-10s with the stock tires. 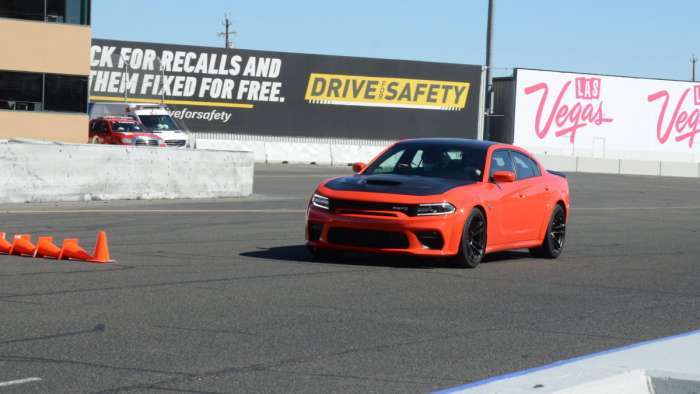 However, the current Tesla Model S Performance with Ludicrous Mode runs a 10.6 quarter mile and the previous version of that same car runs a 10.8. Those are stock numbers with the stock tires. This Model S configuration is why the Charger Hellcat is often referred to as the quickest gasoline-powered sedan in the world, because the all-electric Model S is quicker. The Tesla “only” made 588 horsepower at the wheels in testing with Road and Track, whereas a stock Hellcat Charger makes around 640 wheel horsepower, but the Tesla’s combination of instant power and all-wheel-drive grip allows it to get down the track much more quickly. It should also be noted that the Model S tested by Road and Track made 920 lb-ft of torque at the wheels, which is substantially higher than the Hellcat Charger.

The fact that a Tesla Model S can beat the current Hellcat Charger in a drag race is what I believe should be the motivating factor for Dodge. Dodge wants to dominate the drag racing world and they do for the most part. Based on the performance numbers from privately owned Challenger Redeyes, a Charger Redeye with the same power would be able to battle a Model S Performance with Ludicrous mode and have a real chance of winning. It would require a good launch by the Dodge driver, but a Redeye Charger would stand a far better chance against the Tesla in a battle for the world’s quickest stock sedan.

Of course, Dodge has the claim of the Charger being the most powerful production sedan in the world while also being the quickest gas-powered sedan in the world. Maybe that is good enough for them, but there is no question that there are Hellcat Charger owners who are ready to make the move to something more powerful. Like the many Challenger Hellcat owners who traded up to a Redeye, there are devout Charger fans who want more power and they want to stay in a sedan.

The market is there, Dodge has the parts and while it might be passed off for being all-electric, there is a sedan on sale today that the current Hellcat Charger cannot beat in a drag race. A Charger Redeye could win that drag race and allow Dodge to brag about having the quickest production road cars with two and four doors in the world.

DeanMcManis wrote on November 25, 2019 - 8:11pm Permalink
I think that it should be a no-brainer for Dodge/FCA to offer the Charger, and Jeep Trackhawk, Durango, Chrysler 300, and RAM trucks, ALL with the 797HP Hellcat Redeye motor. First off, it is a "king of the hill" badge of honor, and it cements the idea of superior power across the whole line-up of performance models. The top power crown would make halo cars out of each model, not just the Challenger. And they could spread the development cost of adding the Redeye drivetrain across the brands, plus it would raise the interest in those models and bring foot traffic into dealerships. Now realistically, they should really combine the Redeye engine with AWD for each of those Hellcat vehicles because in the real world several far less powerful cars can often beat a Hellcat which is traction limited. With such a huge amount of power already available, it is simply difficult putting it down with two driving wheels using street summer tires, let alone 3-season tires. I've seen clips of the smaller/cheaper Tesla Model 3 Performance walk away from various Hellcat models on the street simply because they put the power down better and don't have to shift. I would really like to see a Redeye Hellcat Charger, but I think that they need to double down on the actual performance capability by adding AWD, which they have already developed for the Trackhawk.
T-Wizz wrote on January 4, 2020 - 2:25am Permalink
My only issue with the time line is that it doesn't mention the release of the Demon, which was released late 2017. This addition made sense that a Redeye wouldn't be released until a year later. The Charger hasn't had a meaningful upgrade since the Hellcat was released in 2015. If FCA isn't going to do anything meaningful for the Charger in 2020, then it's almost pointless waiting until 2021 for a Charger Hellcat Redeye. Honestly, most of the people I know personally who have been waiting for at least a Charger Redeye are tired of waiting and have begun modifying our Hellcats. No point in waiting since it's very possible that the Charger will get neglected again.