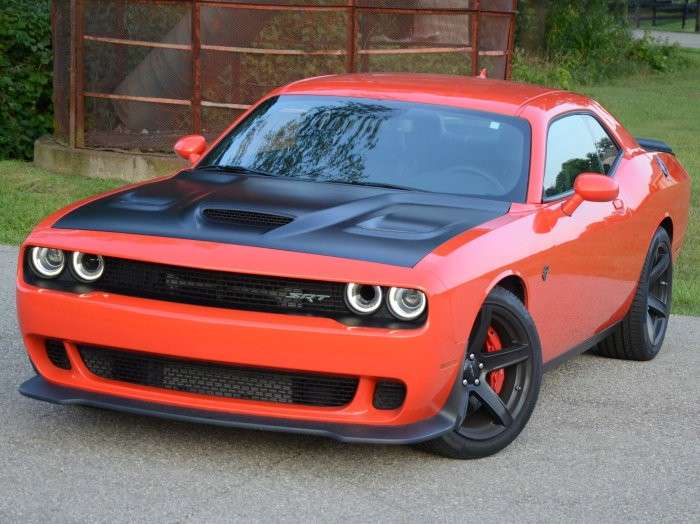 FCA is recalling 4.8-million vehicles including the Dodge Charger, Dodge Challenger, Chrysler 300, Jeep Grand Cherokee, Ram 1500 and several other popular models over a concern that the cruise control system could get stuck in the set position and it will not shut off – potentially leading to an accident if the system will not deactivate as expected.
Advertisement

FCA announced this morning that 4.8-million vehicles in the United States, including some of their most popular models such as the Dodge Challenger, the Dodge Charger, the Jeep Grand Cherokee and pretty much the entire modern Ram truck lineup, are being recall over a concern that the cruise control could get stuck in the set position.

As you might imagine, if the cruise control in your Hellcat Challenger or Ram 1500 gets stuck at 70 miles per hour, it poses an obvious safety risk to you and others on the road, so FCA is making the call to get these vehicles back to the dealerships and fixed. Fortunately, there has been only one report of this happening in the real world and there were no reported accidents or injuries stemming from that case.

The Fix
The good news is that this problem is fixed with a simple reflash of the vehicle’s computer system, so when owners bring their vehicles in for the repair, it will only take as long as a quick reprogramming with a diagnostic tool. Of course, this work will be performed free of charge to the customer.

There does not appear to be a set timeframe for the recall notices to go out, but in the meantime, drivers of the affected vehicles are asked to refrain from using their cruise control system.

As the owner of a car on this list, I should point out that I frequently use the cruise control in my Hellcat Challenger and I occasionally accelerate beyond the speed of the system and I have never run into this issue. Although 4.8-million vehicles are included, one instance in nearly 5-million is hardly something to get upset about, but in the age of the automotive recall, no risk is too small, so these vehicles are going to be fixed before anything can truly go wrong.