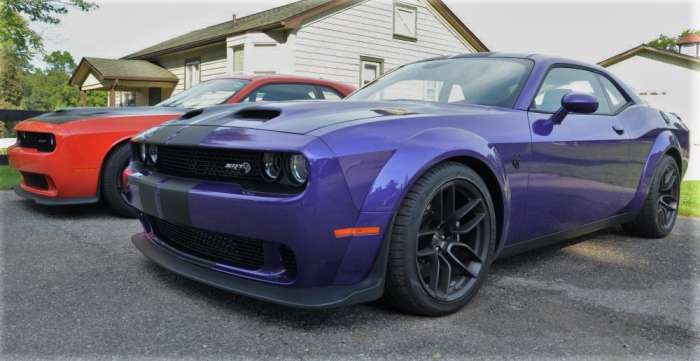 The Dodge Challenger is technically the “oldest” of the American muscle cars, having last been refreshed for the 2015 model year and riding on the same basic chassis platform since 2008, but it is the only car in the segment that could show positive sales growth for the 2018 calendar year. While the Ford Mustang and Chevrolet Camaro have seen their sales slump this year, Challenger sales after November are up 3% and while that is a small increase, it is a key number when both competitors are posting year-over-year declines in muscle car sales.

A big key to the Challenger’s success is the steady stream of new performance models. For the 2019 model year, Dodge added the R/T Scat Pack Widebody and the Hellcat Redeye, with the Scat Pack 1320 set to arrive later in the model year. The big attraction is the Redeye with 797 horsepower and with those models on their way to owners around the country, the Challenger is enjoying a bit of a boost in sales at a point when muscle car sales usually drop. That increase in what is normally a down-town has allowed the Challenger to lead the segment in back-to-back months.

November Sales
In November 2018, Dodge sold 5,022 examples of the Challenger, up 30% from the same month last year, while Ford sold just 4,907 Mustangs (down 27%), giving the Challenger the monthly sales race win.

For those unsure, we do not include the Camaro because GM no longer issues monthly sales numbers, but we do include the Chevy in our muscle car sales reports when the numbers are offered up at the end of each quarter. Through the first 9 months of the year, the Camaro averaged 4,425 units sold per month, so there is a possibility that Chevrolet sold more muscle cars than Dodge and Ford in November, but without the numbers from GM, we are forced to exclude the Camaro from this month’s discussion.

The Annual Race
While the Challenger has tied together back-to-back monthly sales race wins, the margins of victory haven’t been large enough to make a substantial cut into Ford’s lead in the annual race. After November, the Mustang is sitting at 71,450 units while the Challenger is at 62,560 units. It is safe to say that there is no chance of Dodge selling 9,000 more Challengers than Ford will sell Mustangs in December, the Motor Company is all-but-guaranteed to win the annual muscle car sales race.

Meanwhile, the Dodge Challenger is all-but-guaranteed to take the second spot for the first time in the modern era of the three cars being sold at the same time. After the third quarter, Chevrolet had sold a total of 39,828 Camaros, so with the Challenger sitting at 62,560, GM will have to sell around 23,000 Camaros this month while Dodge would have to sell no Challengers.

That isn’t realistic, so the odds of very good that the Mustang will win the segment for the fourth-straight time and the Challenger will finish second for the first time since the Camaro returned to market for the 2010 model year.

I Vorick wrote on December 6, 2018 - 8:27pm Permalink
Challenger outselling Mustang, unbelievable! Ford manages to screw up as usual. Bill Ford, the COACH and the Board need to wake up before they screw the Mustang up just like they did the Taurus and almost did the same thing with the Mustang in the 90's. The Mustang marketing group at Ford is playing to the wrong audience.
bill goszinski wrote on January 21, 2019 - 11:50am Permalink
Agree. I thought the Mustang was a 100% American icon, yet styling looks like Japanese so that it may appeal to the rest of the world. The only muscle car that is actually pretty is the Challenger. Isn't it amazing how good styling improves sales? You go FCA!