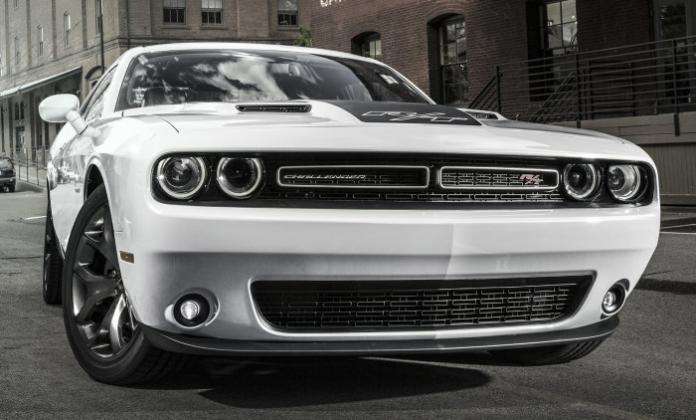 Dodge is recalling select Challengers, Chargers and Durangos from the 2011-2014 model years to replace problematic alternators while also recalling select 2017 Challengers to correct a programming issue which could allow the modern muscle car to roll away when parked.
Advertisement

FCA recently issued information on a two fresh recalls of the Dodge Challenger, with one of those recalls applying only to the Challenger while the other applies to the Dodge Charger, the Dodge Durango, the Jeep Grand Cherokee and the Chrysler 300.

Smokin' Alternator Recall
First up, FCA is recalling around 556,000 examples of the Dodge Charger, Dodge Challenger, Dodge Durango and Chrysler 300 from the 2011-2014 model years and the 2012-2014 Jeep Grand Cherokee worldwide over a concern that the alternator could produce a burning smell or smoke in the proper conditions. There is no mention of actual fires being caused by the problematic alternators, but in extremely high temperatures, there could be increased wear to the internal workings of the alternator. Over time, this accelerated wear could cause a burning odor or smoke, more worse yet, it could cause an electrical failure which lead to a loss of antilock brakes and/or stability control – or it could cause the engine to stall.

Aside from the problems stemming from the failing alternator, having anything under the hood create a burning smell or smoke falls under the NHTSA definition of an engine fire, so to address this issue – the company is recalling all of these vehicles to replace the alternator. It should be noted that all of these vehicles are equipped with the electro-hydraulic power steering system, so any vehicles from those model years without that system shouldn’t have to worry about the alternator issue, but if you own one of those 2011-2014 Dodge or Chrysler products or a 2012-2014 Grand Cherokee, you will want to give your dealership a call to see if your vehicle is included in the recall.

If it is included, you could be getting a new alternator installed in your Challenger, Charger, Durango, 300 or Jeep free of charge.

Challenger Transmission Recall
The second new recall for the Dodge Challenger applies specifically to the 2017 model year of the 2-door muscle car and specifically to models with the 5.7L Hemi with the 8-speed automatic transmission. In these cars, there is a programming issue which could cause the transmission to shift into 6th gear rather than into Park. Of course, having your Challenger rest in 6th gear rather than Park increases the chances of a rollaway, which presents a danger to anyone around the vehicle.

There is no word on just how many units are affected by this recall, but with it applying to 2017 Dodge Challengers with the 5.7L Hemi V8 and the 8-speed Transmission, it should be a relatively low number.

The fix for this problem should be as simple as a reflash of the vehicle’s computer system, which will correct the incorrect shift into 6th gear rather than park and, of course, this work will be done free of charge to the Challenger owners.