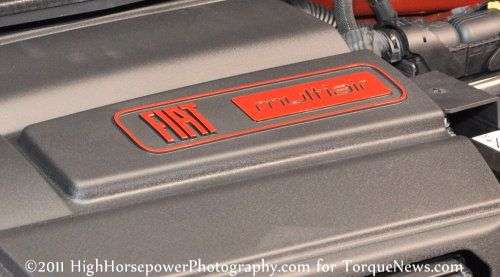 Just a few days after Chrysler CEO Sergio Marchionne sent an angry letter to UAW President Bob King when King failed to show up at a contract negotiation meeting with the auto boss, workers at Chrysler’s Dundee Engine Plant in Dundee Michigan have voted heavily in favor of striking.
Advertisement

When the Chrysler Group entered into bankruptcy and the eventual government loan agreement, the Chrysler Union Auto Workers agreed to a no-strike clause that would prevent the workers at the struggling automakers’ plants from walking out in times of contract negotiations. The workers at the Dundee Engine Plant are card carrying union workers but due to the fact that the plant was formerly a partnership between Chrysler, Mitsubishi and Hyundai, the old Global Engine Manufacturing Alliance (GEMA) engine plant in Dundee is not subject to the same no-strike agreement as workers in other plants around the country.

The employees of the Dundee Engine Plant are members of the UAW Local 723, with around 400 hourly workers serving at that plant. Due to the nature of the ownership setup at the GEMA plant, these workers are under a separate contract than the one that expired on September 14th and the contract for the Dundee UAW workers ends October 14th. The controversy in Dundee is mainly due to the fact that workers have recently been required to work an odd rotating scheduled, forcing them to work the daylight shift one week and then the night shift the next week, going back and forth. While this certainly seems like an unusual decision by the management, the contract with Chrysler goes beyond the differing end date and painful work schedule. Workers in Dundee are required to have either an engineering degree or a journeyman’s card in a given craft, which also affords them the luxury of higher pay rate than other line workers around the country. These workers are also not subject to the two-tier pay system that faces union workers at other plants.

The 400 UAW Local 723 members working at the Dundee plant voted, resulting in a 97% approval rate of walking out. The fact that the workers voted in favor of striking does not mean that they will strike, but this vote allows the UAW leadership to call for a strike if they feel that one is needed. Should the Dundee plant go on strike, there are a variety of production facilities around North America including plants in Belvedere Illinois, Sterling Heights Michigan, and Toluca Mexico. The Dundee Engine Plant currently builds a selection of 4-cylinder engines that are currently among the most fuel efficient options in the company’s American portfolio, particularly the 4-cylinder engines used in the popular 2011 Chrysler 200 and Dodge Avenger, as well as the Fiat 500. If production of the 4-cylinder engines comes to a stop, those plants in Illinois, Michigan and Mexico may have to strictly limit production – building only more expensive (and less fuel efficient) V6 models. In the event of the Fiat 500, there is no other engine option so without the 4-cylinder engines coming into the Mexican plant, production could come to a halt altogether.

Some speculate that this is a bargaining move made by the UAW in light of their inability to strike at most of their plants but having one plant go on strike and effectively shut down several others could work as a bargaining chip in the current contract talks between the Chrysler Group and the UAW. Talks are expected to resume this week when Chrysler/Fiat Sergio Marchionne returns to the US – hopefully Bob King will have a moment to spare for the jet setting automotive leader.