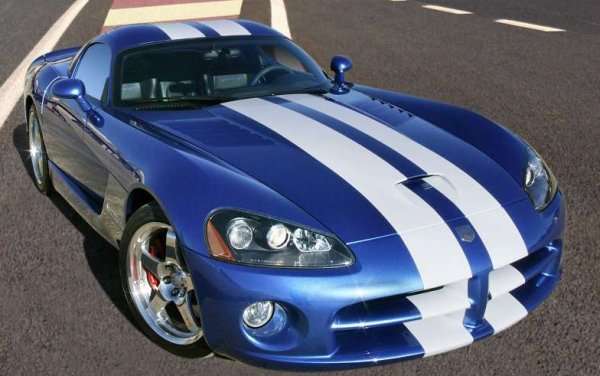 The Chrysler Group is planning a voluntary recall of select Dodge Viper, Jeep Wrangler and Jeep Liberty models that were built with a manual transmission over a concern that the clutch pedal interlock system may not work correctly – possibly causing the car or SUV to lurch forward unexpectedly when started.
Advertisement

The Chrysler Group has discovered that a portion of the clutch pedal interlock system in the 2005-2007 Dodge Viper, the 2005-2007 Jeep Wrangler and the 2005-2007 Jeep Liberty could fail and as a result, the normal starting procedures aren’t necessary to get the SUVs or the Mopar supercar started. It should be pointed out that there have been no accidents, injuries or real-world reports of this problem, but the company believes that this problem is possible so they are making the car to get these models back into dealerships for repairs before the problem has a chance to cause an accident.

The Details
This recall pertains specifically to the Dodge Viper, Jeep Wrangler and Jeep Liberty units built from February 15, 2005 through September 14, 2006. The company hasn’t specified the model years covered, but when you look at the production periods which were affected, this recall likely pertains to vehicles from the 2005, 2006 and 2007 model years. Of course, this recall only applies to those Jeep models with the manual transmission while all Vipers from that period are included since the Viper only comes with a proper manual transmission.

We also know that this recall impacts a total of 58,833 vehicles around the world, with 43,874 in the United States and the rest outside of the country, but there has been no breakdown as to how many of each vehicle has been recalled. Based on sales figured, the odds are very good that the vast majority of those 58,883 units will be Jeep models, especially the enthusiast-heavy Wrangler.

The Problem
In every modern vehicle with a manual transmission, there is a component that prevents you from starting the vehicle without pushing the clutch in and this is called the shift interlock system. This is a similar system to the one that makes drivers of vehicles with an automatic transmission from shifting the vehicle out of park without holding in the brake pedal. In the affected Vipers and Jeeps, the Chrysler Group engineer are concerned that a wire in the clutch pedal interlock system will fail and when it does, the vehicle could start without holding in the clutch pedal.

If someone attempts to start the Viper or Jeep while it is in gear and without the clutch depressed, when the starter cranks, it could cause the vehicle to lurch forward suddenly, clearly creating a chance of an accident.

Preventative Measures
This recall isn’t expected to formally begin until sometime in May, but until then, the Chrysler Group has a way for owners of these vehicles to make sure that they start their Viper or Jeep safely every time. If you own one of these vehicles, before you start your vehicle, you should make sure that the shifter is out of gear, the parking brake is applied and the clutch is depressed. Following these steps guarantees that your Viper or Jeep will not suddenly lurch forward when you go to start it.

Once the recall begins, owners will be invited to return to their local dealership where the clutch interlock system of the Viper, Wrangler and Liberty will be repaired with new components that are less likely to fail.

howard young wrote on May 1, 2015 - 6:21am Permalink
This is the 3d recall on my 06 rubicon. 1st the radiator which my dealer never admitted to and never fixed by them. Paul brown jeep caught the problem right away though and did the repair without a problem. I did not buy it from paul brown but paul brown of olean, ny caught it when i took the jeep in 3 days after purchase when i took it in for 2 broken parts that happened off roading. They fixed those to without a complaint. A great dealership Since i did not purchase it from them. I never rrturned to the original dealership in jamestown, ny. 2nd problem has to do with the electronic exhaust something. Anyway it could fail inspection because of that one so IF my dealership EVER contacts me on either the electtonic exhaust problem or this new cluth problem i will go to paul brown who has been excelent. Do not buy a vehicle from schoults of jamestown, olean or bradford if you want to do it right go to paul brown in olean, ny Because they have done everything right and havent ripped me off or broken things and blamed mej and even took care of a few major problem when i didnt even purchase from them. Just think how they will take care of you if you purchase a vejicle from them.

Tesla Contemplates A New Strategy for China Retail even As Sales Boom
Jay Leno on Elon Musk & EVs: “I Think He Should Get ... Credit"
END_OF_DOCUMENT_TOKEN_TO_BE_REPLACED