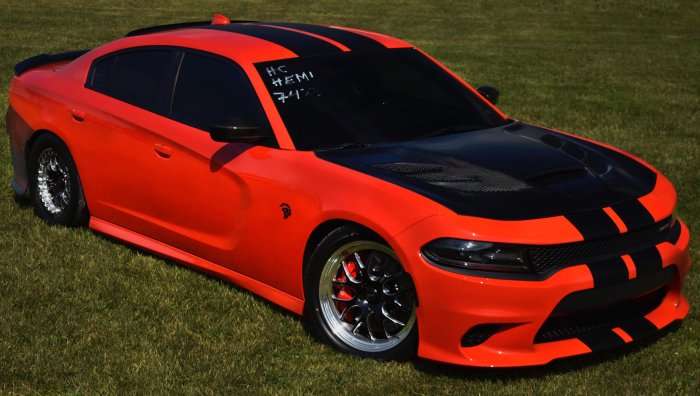 The August 2018 Hellcat of the Month as picked by the members of the SRT Hellcat and Demon Facebook Group is the Dodge Charger SRT Hellcat – owned and driven by Jim Peyatt.
Advertisement

After the members voted him in as the August 2018 Hellcat of the Month, I reached out to Jim for his story on his Charger, which you will find below.

The car has full bolt-ons, upper/lower pulleys and tuned on Q16 through Josh @ HHP Racing. DSS axles, DS, etc. Future plans are just to wait until something catastrophic happens then upgrade at that point… unless the mod bug bites before then, but I’ve had the car for 2.5yrs and it has under 3k miles, I don’t drive it much. That makes it always seem fast, don’t have a change to “get used” to the power and get bored, lol.

Congratulations to Jim Peyatt for being named the August 2018 Hellcat of the Month. If you have a Hellcat-powered vehicle and you are interested in being a member of the biggest and best Hellcat group on FB, click here to join up. Introduce yourself, show off your ride and your supercharged Mopar might be featured here on TorqueNews.