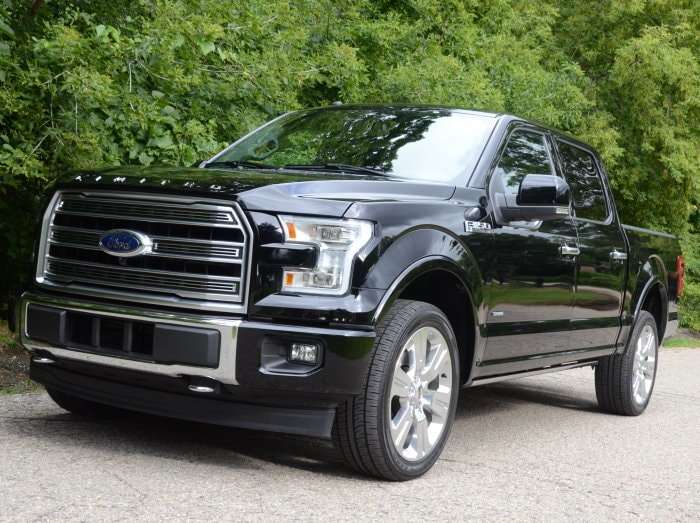 The people who insisted that the aluminum body introduced for the 2015 model year Ford F150 would cause a drop in sales were very wrong, as over the course of the past three years, sales numbers have skyrocketed as the aluminum trucks outsell the previous steel truck by a gigantic margin.
Advertisement

Back in 2014, Ford Motor Company introduced the 2015 F150. It had a new look, more power and – most significantly – body panels comprised from aluminum rather than steel. Many individuals in the truck community insisted that there was no way that an aluminum pickup would last, so no one would buy it. These people made lots of jokes about soda cans and some went so far as to insist that over time, sales numbers would dwindle due to the lightweight, aluminum body.

The aluminum-bodied F150 went on sale late 2014, so they have been readily available around the US and Canada for better than three years. Guess what? Not only have sales numbers not dwindled, but they are booming, with the current generation of the F150 outselling the 2014 model year by a bigger margin each year.

Annual F150 Sales Numbers
I have to start by pointing out the fact that Ford Motor Company does not break out F150 sales from the rest of the F-Series lineup. Their monthly and annual sales numbers are only available combined, but in speaking with some industry insiders with access to other numbers, we can figure out roughly how many half-ton trucks Ford sells each year.

By using those production ratios and applying them to annual sales, we can get a ballpark figure of F-150 sales for each of those four years. Mind you, this isn’t a perfect method of figuring out exact sales numbers, as the sales numbers at the beginning and end of each calendar year include models from the year before or year after, but I have been assured by an insider that this is an accurate means of coming to a ballpark figure for the F150.

Below is a table showing the calendar year, the F-Series sales total for that year, the half-ton-to-Super Duty mix for that year and the calculated rough number of F150 sales.

Again, these are calculated figures and there could be slight variances in the actual ratio from month to month, but these are accurate ballpark sales numbers for the F-150. As you can see, the numbers have increased by more than a hundred thousand units annually since 2014, when most of the trucks sold were steel, to 2017, when all of the trucks sold are aluminum.

Now, I want to be clear that I am not saying that the sales of the F150 have grown strictly because of the move to an aluminum body. There are plenty of other factors that have played a role in the growth of F-Series sales over the past three years, but the bottom line here is that the lightweight aluminum body has most certainly not hurt F150 sales. Of course, it should also be noted that the aluminum-bodied Ford F150 and the newer aluminum Super Duty pickups are also comfortably outselling the steel-bodied pickups from General Motors and Ram, so there really hasn’t been any downside to Ford’s move to aluminum.

A special thanks to industry insiders who helped with the numbers here!