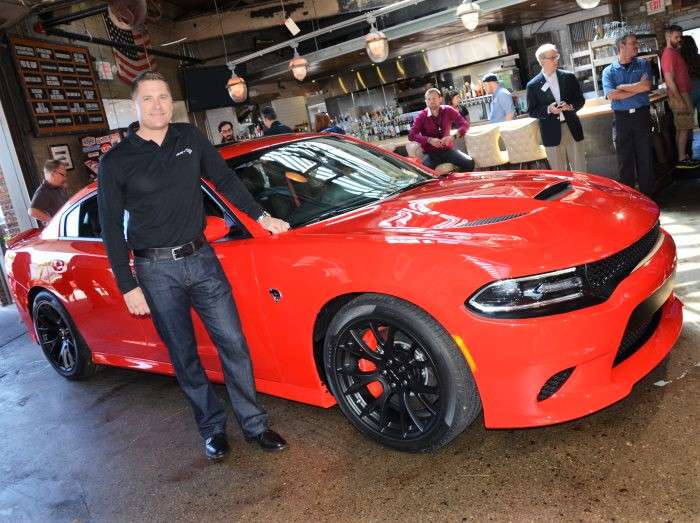 After Bringing the Hellcat to Market, Tim Kuniskis has Left Dodge

Tim Kuniskis, the President of Dodge who played a key role in bringing the Hellcat Challenger and Charger to market, has left his role with the high performance brand to head Alfa Romeo and Maserati at the global level.
Advertisement

The Mopar community got a bit of shocking news yesterday when FCA announced that Tim Kuniskis was leaving his role as the Head of the Dodge, SRT, Chrysler and Fiat brands. Prior to that position, Kuniskis served as the President and CEO of the Dodge brand and during his time focusing on Dodge, he championed the production of the Hellcat Hemi and the muscle cars that benefit from them.

After the massive success of the Dodge Challenger and Charger in SRT Hellcat form, Kuniskis also played a big role in bringing the 840-horsepower Challenger Demon to market.

Overall, Tim Kuniskis and his team spent 2014, 2015, 2016 and 2017 building Dodge into the premium high performance brand in the US market, centering the lineup around the Challenger, the Charger and the mighty Viper. However, the man who made Dodge a lineup of performance-minded models has officially left his role in North America to lead the Alfa Romeo and Maserati brands at the global level.

Needless to say, those Mopar fans who have had a chance to interact with Tim Kuniskis over the past few years are a bit concerned where the Dodge brand will head under new leadership, as he really did a great job of promoting the brand at events like Roadkill or the Woodward Dream Cruise.

Frankly, having had the chance to sit down and speak with Tim Kuniskis about the Hellcat cars and the new Demon, I wonder how the company will fill his shoes. He spoke with such passion and enthusiasm for the brand when he talked about the 707-horsepower Charger or the 840-horsepower Challenger, is seems hard to imagine that someone else will be able to fill the role as well as Kuniskis had.

The New Head of Dodge
Filling Kuniskis’ role as the Head of Passenger Car Brands (including Dodge) in North America is Steve Beahm. Beahm previously served as the Head of Maserati US after serving as the head of the North American Supply Chain group.

While I have little doubt that FCA picked someone to run Dodge and the other US passenger car brands, it will be interesting to see whether or not Steve Beahm will serve as the face of the brand in a similar manner to how Kuniskis ran Dodge. Enthusiasts loved that Kuniskis was available “to the people” at the various automotive events, but that is fairly rare for someone in a position like his to immerse himself in the community like that.